Bad Dreams go with the territory of being a cop.

Over the years, my dreaming of pursuits, foot chases, and shootouts with malfunctioning weapons and bulletproof bad guys have subsided, but it doesn’t take much to reawaken the demons. A good cop movie can do it, and so can a session of telling war stories with an old partner.

As I wrote Nothing Left to Prove, all the deadly encounters I survived on the streets of South Los Angeles, and many of the horrific crimes I witnessed, were necessarily revisited in great detail. The result was not unexpected: restless nights peppered with incoherent ramblings and sudden outbursts of fear or rage.

My wife is neither surprised nor pleased with the renewed cycle of bad dreams.

The action-packed years of working patrol in a violent community provide much of the material for these dreams. The years spent investigating death account for others. The commonality is that all of the dreams are twisted into bizarre situations that rarely resemble reality.

A couple of nights ago I had a dream so vivid and troublesome that I recalled every detail of it when I awoke. That is unusual for me.

In my dream, I was back on the job working Homicide. I don’t mean the dream took me back to those days; rather, in the dream, I actually left the tranquility of retirement and returned to Los Angeles to investigate murders, for some inexplicable reason.

My old partner and I were walking across the front of an apartment complex, doing some type of detective work that really wasn’t clear to me in the dream. We were both dressed in suits and I wore my fedora, so clearly, we were O-T-J when we stumbled upon a child’s shoe protruding from a pipe in the ground. The top of this pipe, which was only about six inches in diameter, sat just slightly above the ground’s surface, and it appeared to be a drain of some sort.

Upon closer examination, I saw that the child’s shoe was connected to a tiny leg. There was a matching shoe next to it, and it, too, was attached to a small leg.

My partner and I each grabbed a shod foot and pulled from this pipe the remains of a little girl. She was blonde, and about four years old.

She closely resembled a child I had come to know two decades earlier through her death, an angel who will always be four and who is never far from my thoughts. A girl with warm eyes and a placid smile, an image that stays with me in a carousel of memories, these few pleasant ones from photographs and videos taken of her before the day we met. The other images contrast sharply, loathsome reflections of her broken body, soaked from the cold, briny water and resting among a formation of craggy rocks, the unyielding evening tide crashing violently around her.

This girl—the one in my real-world detective work—had been murdered by her father, thrown from the end of a cliff above the murky waters of the Pacific Ocean.

The girl in my dream was the same girl, though I knew it couldn’t be. Her mother—someone with whom I’m still in contact twenty years later—also appeared in my dream, dispassionate about the discovery of this girl in the pipe. And that, to me, was more preposterous than the sudden wardrobe change where now I saw myself dressed in black-and-white checked golf shorts beneath shirt sleeves and a tie, and of course, a fedora.

From Bad to Bizarre

In the dream, another team was called out to investigate the case of the girl in the pipe. We showed them what we had found and told them what we knew.

The lead detective—also a real person with whom I once worked—wasn’t as passionate as my partner and I were about this dead girl, and that angered me. Later, in my waking hours, I pondered the apathy of this other detective and the girl’s mother, and I reflected on a part of my memoir where I lamented about these things. 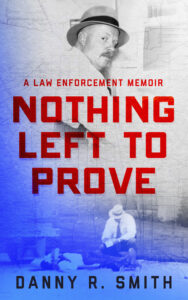 To set the scene, in my memoir I wrote about being pushed to my limits while enduring a six-week preliminary hearing where three skinheads and the mother of one of them stood accused of torturing and murdering a Native American man, ultimately burning him alive.

All of the attorneys in the case seemed completely unmoved by the gravity of why we were there. They were flippant, even jovial among themselves, and the defense attorneys were warm and friendly with the repugnant humans that were their clients. It was only the victim’s ex-wife, her mother, and my partner and I who sat solemnly while the square wheels of justice clomped along.

Part of what I wrote about it in my memoir:

To all of them, it was nothing but a game. It seemed it was only me and those like me who took these processes to heart, and it was killing me. Was it me? Was I wound too tight for the job? Or was everyone else an asshole for being lighthearted about the horrific murder of a decent man?

Back to the Bad Dream

Now here I was, in my dreams, agitated by the indifference of others. Perhaps it was an answer to the question as to whether or not I was wound too tightly for that job.

In the next scene, my partner and I had returned to the office, and I realized it was time to go if I wanted to catch the train. Why I wouldn’t have driven home in my county-issued Crown Vic, I haven’t a clue.

But I lit a cigar (which I don’t smoke) and stepped onto my Razor scooter, gloriously dressed in business attire over golf shorts and Birkenstocks, and I began kicking it toward the Metro Rail like any reasonable, mature homicide detective would do.

Perhaps the oddest part of this bad dream was that I remember being thankful that I had returned to my job at Homicide Bureau, thinking I sure could use the money.

And this, my friends, is why the sheriff’s department provides us with shrinks, free of charge.