When I first started at Metro, Bobby Mallon broke me in.

I’ve written about the Special Investigations Bureau before, an LASD Detective Division assignment that is now called Major Crimes Bureau. When I went there in 1996, the Metro detail had recently assumed the responsibilities of the Fugitive detail when it was disbanded due to budget cuts.

One of the duties that came with it was extraditions. We routinely flew around the country picking up prisoners from the various jails and prisons, and transporting them back via commercial airlines.

The trips obviously required overnight stays in all but very close (to L.A.) destinations, such as Las Vegas or Phoenix. According to Bobby Mallon, there were certain guidelines that had to be followed in order to make the most of these trips:

The Priorities of Bobby Mallon

Bobby shrugged, still grinning. He grinned a lot because he was always up to something. “Depends on how bad you want to drink. Some guys get thirsty.”

I always took a gun.

“Oh, and what happens on trips, stays on trips.”

The reason he mentioned the latter was personal. Bobby always traveled with his good friend, Dave Bauchop, and needless to say, the two of them had some great times together, on and off the job. But Dave couldn’t keep quiet about one thing that was just too funny not to share with the team: Bobby had been caught a time or two with his pants down—or more accurately, off.

Apparently, Mallon slept in the buff. Also, apparently, his bladder didn’t allow him to sleep through the night. Furthermore—and more to the point of the story—Bobby didn’t necessarily completely wake up when he relieved himself during the night. 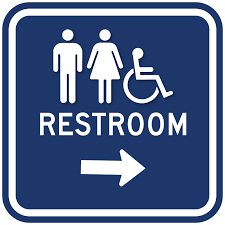 On more than one occasion, Bobby got up in the night to take care of his business, following the path he was accustomed to taking at home. Having been well-hydrated before going to bed may have contributed to the confusion (perhaps he hadn’t taken his gun on those trips), but either way, on more than one occasion, Bobby ended up in hotel hallways, locked out of his room, buck naked and needing to pee, and without a roommate to open the door for him.

The first time it happened, it may have taken Bobby a minute to work through the problem at hand. But soon, from experience, he had it down: find the house phone and call security.

And that is what he did while staying overnight at a five-star hotel in Hawaii. 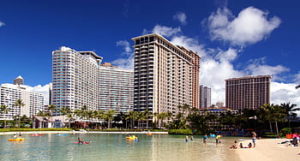 Bobby Mallon was a veteran cop, respected by his peers and supervisors alike. He was proficient, clever, crafty in his approach to police work—and to life. Bobby had even survived being shot. But the kid who stood before him in his sagging rent-a-cop outfit knew none of those things about the naked man in the hallway of his hotel. 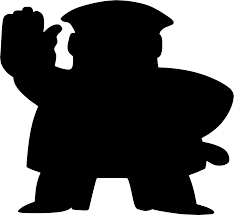 Bobby, partly covered now by a palm tree-patterned cushion he had appropriated from the hallway lobby couch, said, “For *$&@’s sake, where do you think I might have ID?”

The kid insisted. “I can’t open a room for you without knowing you’re the guest assigned to that room.”

Like many other challenges over an adventurous, colorful lifetime, Bobby overcame this situation and was soon tucked back in bed. It was said that following that last incident, he began placing chairs or other furniture in front of hotel doors, barricading himself inside. I guess that was easier than deciding where to keep his ID while sleeping in the buff.

If you knew Bobby, you’re probably laughing right now, seeing it unfold before your very eyes. For the rest of you, all I can say is you missed knowing a great man—on or off the job, fully clothed or buck naked. 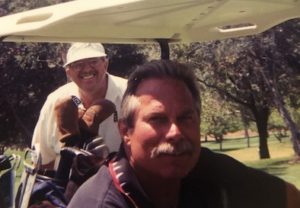 Author’s Note: The dialogue used to tell this story is not meant to accurately and factually represent the conversations that were had.