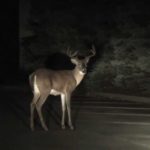 The way to avoid hitting a deer on a dark and desolate highway is to turn your lights off and hit the horn. Of course, this is counterintuitive, if not impossible to do. Unless you were raised in rural America where this tactic is apparently learned during driver’s education.

Those who train and prepare for dangerous and deadly situations will react intuitively, while others will be the proverbial deer in the headlights.

Prepare Your Loved Ones

I raised my daughters to be alert while in public. Pay attention to your surroundings, not your phone. Have your keys ready when you get to the car, and waste no time getting in and locking up. Make a plan to deal with potential threats and dangers.

One night I was relaxing in my comfy house pants and slippers when my daughter called. I instantly knew something was wrong; otherwise, she would have texted.

“Ever since I left dance practice, they’ve been behind me. I saw them on the other side of the parking lot when I came out of the gym. They followed me to my teammate’s house and waited down the road while I dropped her off. Every turn I make, they’re right behind me.”

Counter-surveillance tactics. Something all fathers should teach their daughters. She acted on it instinctively.

I hurried to my room to change while keeping her on the phone. Comfy pants offered no options for packing a piece. “Where are you?”

“I’m coming up the highway, almost to our neighborhood.”

“It’s a white pickup, I’ve never seen it before.”

My wife watched as I rushed out the door. We had been married for a long time, and she knew what to do–and what not to do–during dangerous situations. Don’t grab my arm. If I push you away, there’s a reason. If I yell move, don’t tell me not to yell at you, just MOVE!

I disappeared down our road in her Suburban (the most accessible vehicle at the time), leaving a cloud of dust behind me.

Still on the line: “Where are you now?”

I had violated every known traffic law by now and was at the highway in an instant.

She said, “Just getting ready to turn into our neighborhood.”

I didn’t want her bringing them near our home. Two men were following my daughter, and this was not going to end well. I tried to think of a desolate area she could lead them to, somewhere I could do whatever needed to be done without collateral damage, or for that matter, witnesses.

It was too late, she was in the turn lane.

“That’s them behind you?”

I sure hoped so. This wasn’t going to be pretty.

I looked in the mirror. There were no other vehicles on the road. Only my daughter and the pickup with two bad men on the highway directly in front of me. I said, “When I say go, floor it, drive past me, and keep going. Don’t stop and don’t look back.”

When she sped by, I whipped the Suburban across the street between my daughter and the bad men who followed her. I shifted into park, jumped out, ran around the back of my vehicle, and came at the bad guys with my pistol concealed behind my leg. But ready.

There Were two Men

She had seen them, and so had I. Odds were against me in a fair fight. There wouldn’t be one. This was my daughter. These were predators. They’d either follow my every order or meet their maker; the choice would be theirs. I wasn’t there to play games.

I moved tactically toward the occupants and ordered them to show me their hands, ready for whatever came next. Though I had been retired from law enforcement for five years, my training and experience guided me. Instinctively. Intuitively.

Suddenly one of the occupants identified himself and called me by name. It took a minute to process it.

Was it Someone I Knew?

It was a moonless winter night on a dark street. I couldn’t see them. I didn’t have a flashlight. I was lucky to have shoes and a gun. The words played through my head again and again until I realized these were friends of my daughter.

I looked around to see if I had created a spectacle. Thankfully, I had not. Which meant I didn’t need to call the local sheriff to explain my actions. I told the boys, “Follow me to the house . . . now!”

The ride to the house must have been dreadful for them. For me, I was trying to power down. It was an adrenaline dump. I needed to calm myself and handle the next part of this without emotion; they had no doubt already learned a lesson.

When we arrived and my daughter saw it was her friends, she was furious. She began yelling at them through the tears that now flowed down her face. She too was experiencing that adrenaline dump.

My daughter had her say in the driveway and then we went inside and sat at the kitchen table where I had mine. It wasn’t an ass-chewing, because it didn’t need to be. Their intentions were innocent enough, and they were respectful and apologetic.

There are advantages to teenage boys having a healthy fear of the fathers of beautiful girls. So, I closed by saying, “Make sure you tell every boy at school what happened here tonight.” 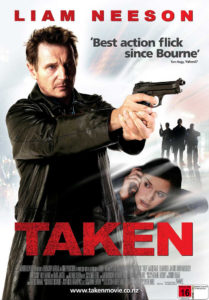 My wife added, “You’ve seen the movie Taken, right?” They each said that they had. She indicated me and said, “That’s him.”

Hell of a compliment, though I’m no hero (neither is the actor, Liam Neeson).

You don’t have to be Liam Neeson in Taken to take decisive action or avert danger, whichever course is offered. You only need to be alert, aware of your surroundings, and to have a plan. Had I not been available that night, my daughter would have instinctively known to drive to a police station, or to some other safe place where she could find help.

Don’t be a deer in the headlights, and prepare your loved ones to deal with danger and disaster.

Epilogue: The two boys are still close friends with our family. One is a farmer, the other became a Marine and is now a helicopter pilot. Both have started families of their own, and I pity any man who mistreats their future daughters

18 thoughts on “Deer in the Headlights”