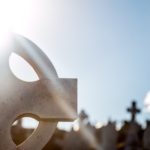 Another Day at the Homicide Bureau

It was July 9, 2002, and the Southern California sun had driven the mercury to three-digits by 10:00 a.m. Being outdoors was bad enough, wearing a suit made it worse. Recovering a murdered baby from the recycling center was nearly unbearable.

I shed the suit coat, rolled up my sleeves, and loosened my tie. Already beginning to sweat, I stood looking across a parking lot to the mountains of rubbish that was my crime scene.

It Would be a Long Day

An employee sorting trash had made the discovery when the pungent smell of rotting flesh gagged him. He assumed it to be a dog or a cat, but then he saw the arm. 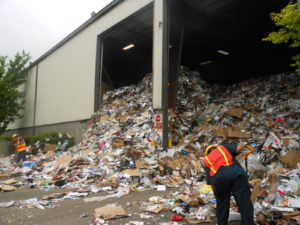 He called for the lines to be shut down, pulled the bag from the conveyor, and notified a supervisor. But before the belts came to a stop, the trash that had been near the remains had moved beyond his workstation and dropped into an enormous pile below. Finding evidence would now be near impossible.

My partner and I were joined by a coroner’s investigator. We donned latex gloves and went to work, sifting trash into the evening hours. We hoped to find something that would lead us to the origin of the trash: an area, a region, a community where a would-be mother held a dark secret.

With literally tons of trash to sort and search, there was no way to pinpoint a geographical area from where the trash had come. We were finding addresses from every region of the vast county and beyond.

We pulled log sheets and saw there were dozens of companies with trucks that had delivered trash during the previous twenty-four hours. The geographical boundaries were nearly non-existent, stretching to the outskirts of a hundred-mile radius. It became clear we were not going to determine where the baby had come from by sifting through the trash.

The Media Would be our Only Hope

We issued a plea to the public for information. If anyone knew anything, we needed them to call. We included information about the Safely Surrendered Baby Law, which allows a parent or grandparent to leave an unwanted baby at a fire station or hospital within 72 hours of birth, with no questions asked. It was a plea of sorts, maybe a public service announcement, a message to the frightened and confused.

The next day, my fortieth birthday, I attended the postmortem examination of the infant’s remains where it was determined that she had died within hours of birth and took at least one breath. That meant she hadn’t been stillborn; this was a case of murder. The manner of death was determined to be suffocation.

As the autopsy concluded, I stood inches from the cold, stainless steel table, staring at her delicate little body. It occurred to me how few of us are cursed with the knowledge of these horrific incidents of violence against children. I thought of the man who, day after day, silently sifts through the waste of others for minimum wage, and I wondered how the discovery of Baby Doe had affected him. I was accustomed to death, and it did a number on me.

I thought about my milestone birthday, something that to some is a big deal. To me, the day meant nothing, and the thought of a celebration repulsed me. I’d purposely put in a long day so there would be nothing planned. Maybe I’d have a drink later, but it wouldn’t be a celebratory one. 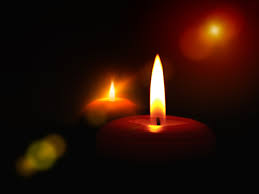 There is a place in Riverside County, California where abandoned and otherwise forgotten children are given a name, a memorial service, and a final resting place. Inspired by the story of a murdered, unnamed child, Garden of Angels was created in 1996 by Debi Faris. It is now the final resting place for more than one-hundred discarded souls.

Believing these little ones were called to heaven as angels, is the only way I can make sense of their senseless deaths.

May they rest in peace.

7 thoughts on “Garden of Angels”