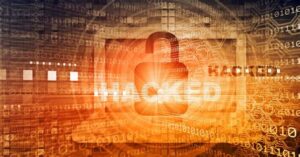 When someone creates a Facebook profile using your name and photograph, and they begin trying to friend all your friends, you have not been hacked. Rather, someone is pretending to be you. They’ve created a fake profile in your likeness with the intent of defrauding your friends.

I have written this because for whatever reason, everyone (or so it seems) freaks out when this happens to them, and then they make hysterical announcements such as: “Don’t accept any friend requests from me! I’ve been hacked!”

My sister sent an urgent message complete with screenshots to inform me that I had been hacked. I was sitting on the patio at my local golf course enjoying an adult beverage or two, and I obviously didn’t share her concerns. “I haven’t been hacked,” I texted back. “It’s a fake profile. Report it.”

I explained it the best I could in a one-thumb-typed response, as I refused to set down my old fashioned for this false emergency.

A few minutes later, she texted again. “He must be scared cuz he’s gone.” I rolled my eyes and replied, “Someone else reported it.”

Because that’s what someone should do. Each time. Effortlessly. Painlessly. I do it all the time and it costs me nothing, and I don’t bother mentioning it to the impersonated party. No accolades needed.

Keeping the Villains at Bay

Here’s where the PSA comes in. I’m going to provide detailed instructions for any of you who have yet to figure this out on your own.

If you already know all about this and have done your part for society on many occasions, great! I’m proud of you.

But for those who didn’t know, now you have detailed instructions you can refer and not disturb the injured party’s cocktail hour

4 thoughts on “You Have Not Been Hacked!”