Forty-five years ago, a teenage girl was dumped on the streets of Compton, naked and with two bullets in her head.

Believed to be only 14 to 17 years of age, it would seem that somebody, somewhere, would have known her. That they would have loved her and missed her and never allowed her to return to ashes without a name.

The Los Angeles County Coroner named her Jane Doe 51, because, on that cool September night in 1975 when she was discarded like trash on the streets of Compton, she was the 51st unidentified female to become a coroner’s case.

Jane Doe 51 was black, small in stature, with no tattoos or other distinguishing marks. She had no defensive wounds, the bottoms of her bare feet were free of debris, and she had eaten within a few hours of her death. Investigators believe she was thrown from a vehicle, possibly one that sat high like a commercial semi-truck.

Perhaps the truck theory resonates the most with me because nobody seemed to know her, not locally, anyway.

Maybe she was a runaway from South Carolina, someone who hitchhiked across the country in search of a better life or to escape what she believed was the worst one she could have had. But that is just one hunch. Surely, though, someone—somewhere—had to care about her, and would have been sad that she never came home.

L.A. County Sheriff’s Homicide Detective Sergeant Frederick Reynolds, a former Compton police officer and detective, picked this case up a decade ago—after the case had been cold for more than three decades—and breathed life into it. He discovered that there was DNA evidence, likely her DNA, and his hope is that she may finally be identified through the process of familial DNA research.

“This case—even after all these years—I think it can be solved if we find out who she is,” Reynolds said of identifying her. “If you don’t know who your victim is, you’re never going to solve that murder.”

According to the coroner’s report, there was no evidence of a sexual assault. But Reynolds pointed out that the absence of evidence doesn’t mean she wasn’t otherwise assaulted. “She could’ve been molested. She could’ve been groped. Just because you don’t have evidence of forcible rape, doesn’t mean there was no sexual assault.” After all, she was found nude, the detective reminded us.

There were no identifying marks or tattoos that could help detectives identify her. 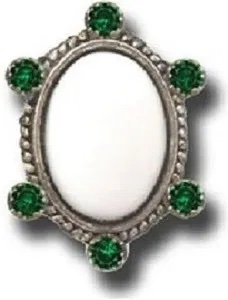 “I just find it hard to believe that nobody has come forth to identify her,” he said.

Sergeant Reynolds updated the composite drawing that had been made decades ago, and he and others still working on the case are trying to get her image out through social media.

This is a tragic case that could very likely be solved if the victim were to be identified if a name and a story could be attached to Jane Doe 51.

“This girl was murdered, brutally, and nobody knows who she is,” Reynolds said. “They picked her up, they took her down to the coroner’s office and cut her up, and then they burned her. They cremated her.

Please share this blog with your family and friends.

The podcast provides more details about this case and allows you to get to know the investigator who is pushing to see it resolved, although he is retired now from law enforcement. Check it out here: Jane Doe 51