It’s been seventeen years since I fled L.A. for the rural life I easily embraced, having been a cowboy at heart my whole life anyway. And during these last (nearly) two decades, I’ve found myself having many “ah-hah” moments with some of the old adages and proverbs I’ve heard all my life.

Since my mom was raised on a farm in Missouri, and my father was a country boy raised in North Carolina, I’ve spent a lifetime hearing some of these sayings, yet never fully appreciating them.

Here are just a few:

Strike While the Iron’s Hot

This comes from the art of blacksmithing and is relevant to farriers who use forges to shape the shoes they’re fitting to a horse.

Although many farriers no longer use this practice, those who do know that the time to strike the iron stock (in order to shape it as needed to fit the horse’s foot) is when it is glowing red and soft.

Go to Bed with the Chickens

Chickens, who don’t have good night vision, put themselves to bed at or just before dusk. The older I get, the more I embrace the idea of this. Of course, like chickens, I’m raring to go long before the break of dawn.

Make Hay While the Sun’s Shining

Alfalfa is a common hay crop in my neck of the woods, and in fact, I have an alfalfa field myself. Where I live, you can expect to get three cuts of alfalfa each summer. However, some farmers get four and even five cuts. The important part about putting up good hay is to allow it to dry just so after it is cut but before it is baled. If the hay is too moist, you risk it catching fire.

In the early and late part of the haying season, it is almost guaranteed that once your hay is cut and lying in the field curing, a rainstorm will pass through. This means you have to allow more time for the hay to dry before turning and baling it, extending that time from a couple of days to a week or more. Too much rain will ruin the crop.

Till (or when) the Cows Come Home

I’m not entirely sure where this phrase originated, but in the northwest, many herds spend their summers high in the mountains and are not seen again until fall.

The gatherings are facilitated by weather, the early snow pushing the cattle down the mountains into the lowlands where they are corralled so they can be driven or hauled to their winter grounds.

Inevitably, there will be strays that dedicated cowboys on good horses and usually with the aid of good dogs have to hunt and drive down to join the others.

Sometimes it can take a while until all the cows have come home.

Don’t Look a Gift Horse in the Mouth

An experienced horseman (or vet) can tell the age of a horse by examining its teeth. The saying means one shouldn’t question the age of a horse if it is given to you rather than sold. However, I might argue that even a free horse will cost you a small fortune, so go ahead and have a look.

Too Many Irons in the Fire

Branding season is the favorite time for cowboys everywhere.

Oftentimes, neighboring ranches will brand their cattle together, and those gatherings can rank as some of the best days of spring. But when things start moving fast—cowboys get three or four calves roped at the same time, and the ground crew is stretched thin—you’d be surprised how stressful the operation can become.

Putting the wrong “iron” on a calf is the one thing you’d want to avoid at all costs, and that is really where the ass meets the saddle as far as this adage goes.

Long in the tooth

As mentioned in the “Gift Horse” idiom, the age of a horse is most often determined by an examination of its teeth. The longer the tooth, the older the steed.

If someone describes you as being long in the tooth, they are calling you elderly in a polite, country manner.

As with most birds and many farm animals, chicks are hatched in the spring. To say someone is no spring chicken is to say they’ve been around a while.

All Your Eggs in One Basket

Speaking of chickens… if you’ve ever collected their eggs, you’ve inevitably dropped one or two or maybe more. If you gather the eggs into a single basket and drop it, well, all are lost. In other words, don’t invest all your money in one stock. Don’t place all your wagers on one horse. Etcetera.

These are some of the common sayings that came to me as I wrote this, and I’m sure I’ll think of others after it’s published.

Feel free to add some of your favorites in the comments, but you better strike while the iron’s hot. 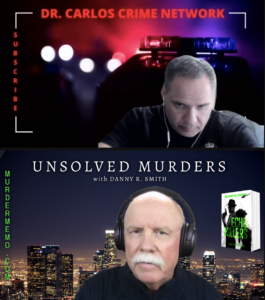 6 thoughts on “Adages and Proverbs”