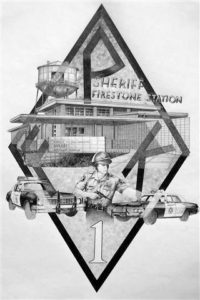 In the fall of 1991, I promoted to station detectives at Firestone Station. At first, I had difficulty embracing the new job.

However, like any new job, there was a lot to learn about the basics of being a detective. Not just interviewing witnesses and solving crimes, but all of the processes such as writing and executing search warrants, filing criminal complaints at the courthouse, and a whole new spectrum of paperwork that accompanied all of it.

The best part of the job was the people I worked with and for. To name a few, Jim Lally and Dan Gayhart were our detective sergeants, and it would be difficult to find a couple of greater guys. Russ Owens, and later John Martin, were the detective bureau lieutenants. I was trained and mentored in the bureau by some great detectives: Scott Fines, Stacy Silva, Chuck Norris, to name a few.

But the real fun began when, after being properly broken in, I was assigned to the detective night car with Joe Sheehy.

To give you an idea of what it was like to work with Joe, I’ll tell a short story with a little background first. 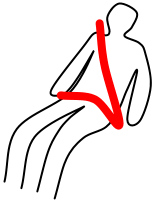 Where we worked, we seldom wore seatbelts because we were more concerned with being killed by gunfire than in a vehicle accident. When you had to bail out quickly, seatbelts were cumbersome. But, when we knew we were going to be rolling hard to a hot call or backup request, or when we went in pursuit, we would belt up. The driver would grab his belt and pull it across his chest keeping his eyes on the road. The passenger cop would fasten the driver’s belt for him before fastening his own.

On one occasion we found ourselves suddenly hauling ass somewhere, but Joe, the driver, wasn’t reaching for his belt. At the time I had young children, so I jokingly said, as if speaking to a child, “Joe, safety first!”

He reached for the radio and replied, “No way, dude, tunes first!”

Working the night car means we didn’t have to wear slacks and ties; we wore jeans and raid jackets as we spent much of our time out in the field doing follow up on cases. In Firestone and areas like it, you would be foolish to not wear a protective vest in the field. Since the vests would essentially destroy dress shirts, and since the other equipment that was essential to wear in the field (duty belt with accessories) was harsh on any sort of dress clothing, the more relaxed attire was permitted for night car dicks.

It was great being back to doing police work rather than spending most of my shift inside, buried in paperwork. 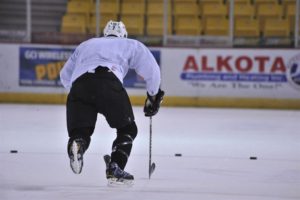 Joe was a big guy who had been blessed with speed. You would never expect it, but the man moved his large frame as quickly as any lightweight, though he was anything but that. Joe also played hockey. When we were partners, he still played as a member of the department’s hockey team. In his early days, he had played professionally on a minor league team where he was used as an enforcer, the guy who would be sent to take out other players. Joe Sheehy, my good buddy from Boston, was a terrific partner.

One night we were in the field when we monitored a disturbance call over the radio. We were right around the corner from the location, and the address was one with which we were both familiar. The family there included two very large, very belligerent men, who, when drinking, were known to become violent. We turned the corner, planning to wait for the assigned patrol unit to arrive so we could back them up. But our plans quickly changed when we saw the two men fighting in the street.

Joe was driving, and he accelerated toward them. “We better break this up before one of these dummies gets hurt.”

He hit the siren as we skidded (for effect) to a stop. We bailed out of the car and yelled some of that magical police shit at them: “Stop, freeze, break it up.” 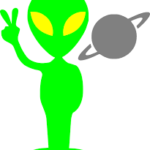 They turned and looked at us as if we were aliens. One of the two began walking directly at us. He veered toward Joe, which didn’t disappoint me. This was about three-hundred pounds of pissed off man coming our way, and it wasn’t going to end well. He was walking fast, on the verge of breaking into a trot. Joe continued walking toward him, two bulls ready to charge.

When they were about six feet apart, Joe lunged forward with one arm held out straight, planting the palm of his hand on the man’s chest to stop him. His movement was quick, his force tremendous, though the effort appeared minimal. The huge, charging man was lifted from the ground, his feet coming out from beneath him. He landed flat on his back.

Joe—now excited from the confrontation—yelled at the man who lay still on the pavement. “Get up!”

A State of Confusion

I figured Joe felt cheated by the brevity of the “fight.” At this point, force had been used. Reports would be written, and the man would be booked for assaulting a police officer. That’s a lot of hassle for one good shove.

But as the man tried to stand, Joe must have thought better of it. “Stay down! Turn around!”

He looked at me and grinned his goofy, one-side-of-the-face big grin. Joe, always the joker, didn’t allow a little thing like putting down a charging buffalo to keep him from having fun. “Do the Hokey-Pokey,” he commanded of the drunk, and now confused, man on the ground.

The both of us were still chuckling about the incident while we took the two of them into custody. Both were charged with disturbing the peace and being drunk in public. There was a saying in police work: If you have to put your hands on someone, they go to jail.

It doesn’t mean you can’t have fun taking them there.

5 thoughts on “The Night Car”