The call had come in as a body dump.

The media gathered in the parking lot among the spectators, many of them pressed against the yellow tape that had been strung from a corner of the building to a light pole fifty yards away, and then fifty yards across the parking lot to another pole before it angled back toward the market and was tied off on the push bar of a black and white San Fernando PD radio car. The focal point sat approximately in the middle of the cordoned area, two uniformed officers standing guard at the rear of a dilapidated Toyota sedan. Its faded silver finish was dotted with patches of primer, an ineffective attempt to conceal amateur bodywork repairs. The windows were down, and from the view behind the tape, the vehicle appeared unoccupied.

My partner and I knew something the spectators didn’t yet know: a body was in the trunk of that sedan. 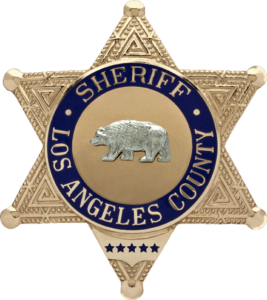 L.A. Sheriff’s Homicide Bureau investigates death across the five thousand square miles that comprise Los Angeles County, from the windswept desert of the Antelope Valley to the shores of the Pacific Ocean, where cold brackish seawater crashes violently against the craggy cliffs of Palos Verdes, and from the haughty community of Malibu to the deadly streets of Compton. We cover it all, incorporated, unincorporated, going wherever we are summoned to go. You have to fly or float out to Catalina, an often-overlooked region of L.A. County, but most often we’re burning fuel and rubber across the congested freeways and streets of the country’s most populous county.

But there were no boat rides nor helicopter tours this day, just a slow commute in a Crown Vic along the congested Golden State freeway and into the city of San Fernando, a small, incorporated city situated between Sylmar and Pacoima at the southern foot of the San Gabriel mountains. Though the city funds its own police department of just a few dozen officers, and they have their own detectives, they—like many other smaller agencies throughout the county—occasionally summon the sheriff’s department to investigate a homicide.

As I ducked under the tape and started toward the guarded vehicle, a well-known television newscaster appeared at my side, a cameraman capturing the moment: “Detective, is there a body in that car?” I ignored him and continued on. At my back, he said, “Why is Sheriff’s Homicide here?”

I should be commended for all of the comments I never made to the news crews that converged at most of our crime scenes like vultures. Silence, I knew, was best suited for smartasses like myself—lest I find myself in the captain’s office more than usual.

My partner and I converged on the officers at the back of the car and exchanged pleasantries and business cards. A coroner’s investigator arrived at the same time, stating she was nearby when she received the call.

We gathered around the back of the car, purposely blocking the view from the spectators, and an officer lifted the trunk lid so we could view the body. A male adult was curled into the trunk in a fetal position, fully clothed, and with no obvious indication of how he had died. There were no gunshot wounds or cuts or slashes or trauma to the head or face, anything to suggest that he had been murdered. I announced my prediction. “Overdose.”

The two officers had questioning looks on their faces, and I knew what they were thinking. Why would he be in the trunk of a car if he overdosed? If a body in a trunk doesn’t scream murder, what does?

My partner at the time had just completed his first year at Homicide, which was considered a training period. I had been his training officer.

We had recently handled a case that, like this case, had been called in as a body dump: a young woman had been found dead in the brush on a hillside. Was it another case of the Hillside Stranglers? Of course not, Bianchi and Buono had been captured long before. Nonetheless, the thought had crossed my mind.

There was an RV park up the hill, and at the bottom was a recreation park. She was fifty yards off the beaten path, and her purse was found halfway between the path and where she came to rest. There were no obvious signs of trauma, she was fully clothed, and her purse was undisturbed. I had correctly predicted that she was walking down the path when a heart attack occurred, and she had panicked and run straight downhill until she collapsed. The autopsy confirmed that she had suffered a cocaine-induced heart attack.

Killers aren’t inclined to put their victims in a trunk and drive them to a public parking lot in full view of all around. They might drive them into the woods, or park the car in an alley. But not in the middle of a large parking lot where anyone could see them and there might even be security cameras.

It was more likely that the man died of an overdose and his druggie friends weren’t about to call the cops, yet they couldn’t just leave him in their living room either.

But with death, you never bet a case on your instinct. We called for a flatbed to tow the vehicle to the coroner’s office, where an examination of the trunk and the deceased could occur at once, out of public view and in a sterile environment. Then we all caravanned to the ghoul factory downtown on Mission Street.

It turned out I had called it right, the man in the trunk had overdosed on heroin and cocaine—a speedball, as it is commonly called on the streets. Or a Belushi, as referred to by some, referring to the unfortunate death of the famed actor John Belushi who died of acute cocaine and heroin intoxication.

But this story never made the news, because nobody cares about a regular dude in the trunk of his own car, dead from a Belushi.