The eighties were the height of the crack cocaine epidemic in Los Angeles and throughout the country. With it came skyrocketing violent crime rates and unmatched death tolls.

Clovis and Colden are two streets that intersect in the city of Los Angeles, just a couple of blocks outside the jurisdiction of the Los Angeles County Sheriff’s Department’s Firestone Station (Century Station since 1994). 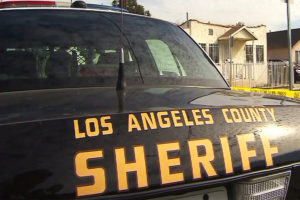 One evening in 1988, my partner and I were cruising Central Avenue, our western border shared with LAPD’s 77th and Southeast Divisions. The areas immediately outside of our jurisdiction were cherry patches—under-policed areas where criminals brazenly stood on street corners selling their dope, armed and ready for conflict with rivals.

In county jurisdictions, the gangsters seldom held guns on their persons; they usually hid them nearby, because their chances of being jammed by the cops exceeded their chances of being shot by rivals. It was called poaching, the act of sneaking into the cherry patches and rousting bad guys. But to be on or near the border was perfectly acceptable, at least as far as most of us were concerned.

On this particular night, my partner and I were traveling north on Central Avenue when we both noticed a compact car that had turned off of 89th Street and proceeded south on Central Avenue. We both looked over and saw the “Aw shit” looks on the two occupants’ faces.

Yes, it happens. Profiling is actually a very useful tool for law enforcement in spite of the fact it has become a dirty word. It has nothing to do with race; it is all about knowing what criminals look like and how they react to seeing the cops. To simplify this idea, just imagine a mother recognizing the troubled look on her ten-year-old boy’s face when he runs into the house after breaking something or accidentally setting the cat afire. 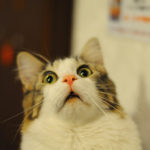 (No cats were harmed in the writing of this blog.)

But you get the point.

These two cats had just broken something, and we were betting it was one or more laws classified as felonies. We flipped a U-turn to follow them and checked the license plate on their vehicle. Both occupants watched closely in their mirrors as we slowly followed them south on Central. We were waiting for the dispatcher to return the license plate check. The men continued onto Clovis, a street that continues south from Central, into the city. We followed. 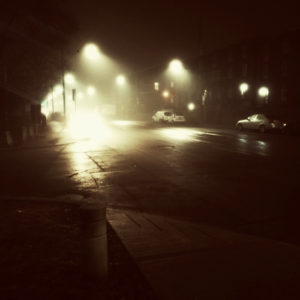 The vehicle was traveling far slower than the speed limit. My partner and I were preparing for what might happen next. “They’re going to run,” I guessed, as they turned onto Colden and significantly slowed their pace. They were crawling when they arrived at the mouth of an alley. There were no streetlights (or they had been previously shot out, which was often the case), and the scant light provided by the moon was shaded by trees. They had picked the perfect place to stop to give them the cover of darkness, and it hadn’t been an accident.

I was the bookman that night, meaning the passenger deputy. Before my partner stopped the car, I had bailed out and was prepared for the foot race. I wasn’t fast, so I needed a good jump. Just as I cleared the cover of my vehicle, I realized something wasn’t right; the suspect wasn’t actually running. He had come out of the car and was facing me, and I couldn’t see his hands. We were just more than a car’s length apart.

My gun was pointed at him and the shoot/don’t shoot scenario played in my head in the nanoseconds that felt like long moments. It seemed as if time were about to stop.

Something metallic hit the ground, and I knew he had dropped a gun. Don’t shoot. In that same instant, my brain insisted that I hold my fire because the immediate threat had hit the ground.

Suddenly, he was running through the alley. I gave chase, but quickly realized I wasn’t going to catch him. My partner was back at the car detaining the driver, and I had no idea if that situation was under control or not. I returned to the vehicle as assisting units were arriving.

The War on Drugs

The driver was arrested without incident. A fully automatic Mac-11 .380 ACP machine pistol with a fully loaded 32-round magazine was recovered from the ground where the passenger had stood facing me. A handgun was taken off of the driver, and several thousand dollars in cash was seized. A cell phone, which might now appear in an antique shop, was also recovered. Back then, only the President and dope dealers had cell phones.

Though we set up a containment and searched for the outstanding suspect, he was never found. The driver would not reveal his identity.

The Mac-11 is an open-bolt gun, which means the bolt is always open other than when it falls on an empty chamber. The bolt was in the closed position on a live round, which had a dent on the primer. Which means the suspect had pulled the trigger on me with a gun I never saw, and the good Lord allowed it to misfire. The firing pin struck the first of 32 rounds that were loaded in the attached magazine. On that weapon, a full magazine can be emptied with one pull of the trigger in less than two seconds.

Live and Learn, or Don’t

I had made a mistake in assuming the suspect had bailed in order to run, and it nearly cost me my life. It should have cost me my life. It wasn’t until hours later when I was sitting at home sipping a beer that the reality of my close brush with death struck me. A can of beer shook in my hand as I drew it to my mouth, again and again.

I was fortunate to survive that near miss and several others throughout my career. But it is this one which haunts me still today. It is this one where I had made a big mistake.