My editor recently became outraged at a writing critique I privately received from a person involved in a book club.

This person was critical of my book, A Good Bunch of Men, because of a bathroom scene. Though nothing beyond a conversation occurs in this scene, this critic was incensed that such a scene was “shown.”

The critic had asked, “Do you know why they don’t have bathroom scenes on TV?”

I am open to constructive criticism, especially by those with credentials. To me, this person made some points worth considering, but then I also realized I’m not going to please everyone. There are different styles for different people. I thought about the multiple-award winning movie, American Beauty, and its shocking opening scene. I laughed, thinking, yeah, they don’t show that on TV either, but that movie was wildly popular and a huge success.

My editor didn’t take it so well, this bit of constructive criticism I received. First, she began proofreading the critic’s email. She pointed out the grammatical errors as she puffed up and went to my defense. Only she will tell me when I suck, damn it!

My takeaway was this, and I believe it is a worthy concept for all writers: I’m not going to fit into anyone’s little box. I won’t even try. I will write how I write, and you’ll like it or you won’t. My voice is what it is. Some people will love it, some will hate it. I’ve been told I’m not at all “P.C.” It was one of the greatest compliments I’ve ever received.

In justifying her defense of my writing, my exasperated editor said: “You are the Chris LeDoux of writers.”

Wow, really? I loved that guy. Saw him in concert and even met him. What did she mean? I was a handsome cowboy who sang great and could ride broncs? 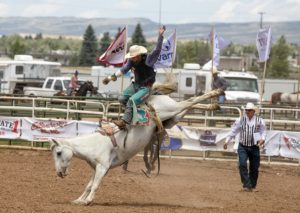 She explained: “LeDoux’s music had something to say. It was never slick or polished, and it never sounded produced. It was extremely relatable to a large audience, and will so remain.”

I’m not one to interrupt when someone is complimenting me. Especially if they are comparing me to Chris LeDoux. “Go on.”

She said, “It just plain sounds good and is a pleasure to hear. As is your writing. All of what I’ve said of him, applies to your writing. It’s purely fun to read and is most authentic. Your characters are relatable and not what you’d call, ‘larger than life,’ which can be off-putting.”

Okay, maybe. I guess I can see that.

I Yam what I Yam 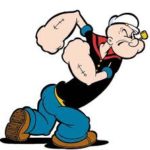 No, I’m not Popeye, though I do admire his forearms. But, as Popeye’s famous quote had implied, you are what and who you are.

I will never change who I am just to be appreciated, loved, or read.

Speaking of Who I Yam

Some readers will be offended at times with the language in my books. I don’t use foul language gratuitously, only as a manner of authenticating characters and scenes. Stephen King lamented about this very topic in his book, On Writing. He wrote that he often receives hate mail about a character using the N word. His mother—like most mothers of the era—detested foul language. He knew it bothered her that such language was found in his books. But, he said, you must be true to your characters.

Unfortunately, I have some really bad guys as characters in my books. I have no idea why they are how they are; they take on a life of their own. I’m as surprised as you are at times.

Maybe this blog is meant to be a warning. Maybe it’s a confession.

Or maybe it’s just meant to stir my base. I would love to hear from my readers on this topic; please feel free to comment.

This story is also available on Medium’s Publishous, where I originally posted it.

If you enjoy this blog, please share it with your friends. Dickie Floyd’s debut novel, A Good Bunch of Men, is available in paperback on Amazon, or you can download it at Kindle, Ibooks, Smashwords, and other ebook outlets.

10 thoughts on “The Critic”