There are daily examples in the news or on the internet of the ineffective policing that now plagues many law enforcement agencies throughout our country.

Anarchy in the Cities

In some cities, police are ordered to stand down while terrorist groups like ANTIFA destroy property and assault citizens.

In New York, police were seen turning their backs on out-of-control “youths” while being doused with buckets of water. 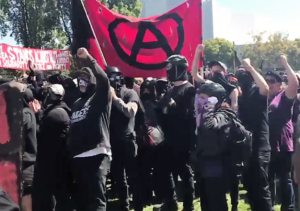 In other instances, cops have retreated from armed and aggressive criminals and crazies, rather than taking decisive, aggressive action.

The culture of policing has dramatically changed over the last decade or so. In my opinion, the changes are directly correlated with the political climate, which, of course, is driven by the radical left.

This “progression” is headed in a very ugly direction, and society stands to lose more than most people can imagine. 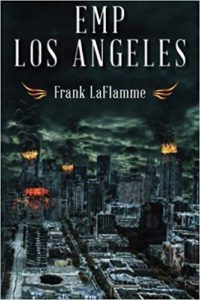 Frank is a former cop with whom I worked at Firestone station, and whom I have had the distinct privilege to call a close friend for nearly forty years. He is a man’s man, a cop’s cop, a tactician, and a survival expert. He authored the novel “EMP Los Angeles,” a cautionary tale about surviving “off the grid” after an electromagnetic pulse destroys modern-day life. I highly recommend his book, and I suggest you take notes while reading it.

Recently, Frank sent me an email with this video and his thoughts about the ineffective policing of the LAPD during a recent Hollywood incident. 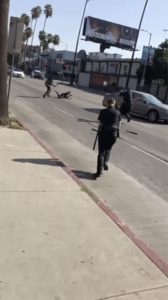 It was a terrifying event that could have easily resulted in a cop being killed by a machete-wielding lunatic. The video shows that the situation escalated to that deadly ending only because of the inaction—the ineffective policing—of perhaps a dozen cops who were on scene and in a position to stop the carjacker/would-be killer at the onset.

As usual, my philosophical friend, the tactician with whom I’ve personally survived deadly encounters, made some terrific points. With his permission, I want to share those thoughts with you.

These are Frank’s Words:

It’s getting hard to watch this crazy stuff. Heartbreaking in fact. I say “heartbreaking” because it illustrates the undeniable fact that we are living in a society that is deteriorating right in front of our eyes.

But here’s the part that breaks my heart: the video shows us that the LAPD had dispatched close to a dozen officers to the scene of this incident, yet it devolved to the point where a uniformed officer almost lost his life right there in the middle of the day on a busy Hollywood street. This is because a large number of ineffective officers at the scene are no substitute for even a single officer that can perform his duty the way he should. Had there been only a pair of officers on the scene, but a pair who were well suited for their profession, and who were given the requisite backing of their superiors to perform their jobs in a reasonable manner that held public safety as a high priority, they would have wrapped it up quickly.

Instead, we were afforded an unsettling view of a uniformed police officer turning on his heel and running from a lunatic armed with a goddamn machete.

If this video doesn’t disturb you for more reasons than merely seeing a police officer coming close to losing his life, then you aren’t taking the time to see the bigger picture. This kind of thing is occurring far more often than most are aware of. Police officers all over the nation are afraid to engage violent criminals for fear of being dragged through the proverbial mud. They are afraid of being called racist sociopaths. They are afraid of being fired and unable to get a new job in the police profession. They are afraid for their families—having their kids assaulted at school, their spouses attacked in any number of ways, and of the social ostracizing that all too often accompanies serious uses of force by police officers.

Departmental discipline is more unreasonable and onerous than it ever has been, with no indication that things will get better where this is concerned. Criminal prosecutions—like the Dallas debacle wherein a patrol officer who confronted and tragically shot an armed resident in a location suspected of being the scene of a burglary in progress was charged with first-degree murder—are on the rise as well. States like California have changed the criminal code guidelines for peace officers using deadly force. Those with their thumbs on the societal pulse rightfully suspect these changes in the penal code are being made with the intention of removing current obstacles impeding criminal prosecutions of peace officers who find themselves the objects of political activists’ scorn. Does anyone think this will NOT serve as a further deterrent for patrol cops to perform their duties?

After all is said and done, citizens would do well to understand what it is that provides relative safety so that they can sleep securely in their beds at night, and what provides a relative level of safety for their wives and daughters as they go shopping at the mall. In short, citizens should know what it is that keeps away, or at least deters, the nasty wolves encroaching on the campsite.

A good SWAT team is great to have. Hard-working and smart detectives are terrific. Street savvy dope cops with solid work ethics are grand. Officers teaching kids at schools that drugs are bad is sweet too. But at the end of the day, it is the uniformed officer/deputy pushing the radio car around with a commitment to making the community safe that makes the lion’s share of difference. This commitment includes a proactive approach to patrol work where the bad guys are sought out, contacted, and when appropriate, arrested. It also includes a willingness to forcefully engage the bad guys when that is what is called for.

Here’s the larger point though: currently we are witnessing our police officers being emasculated to the point where they are only minimally effective as protectors of society and of the individual citizens that comprise it. And if you think it isn’t going to get worse as time goes on, you had better think again. Hard. This will almost certainly bring with it a worsening condition where many good people find themselves in serious peril. I sure hope I’m wrong, but I don’t think so.

Thank you, Frank. Your insights are truly invaluable and always thought-provoking. I am proud to call you a friend.