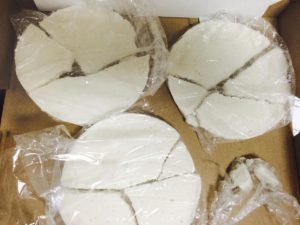 The late eighties and early nineties saw the height of the crack cocaine epidemic. South Los Angeles, the epicenter of it all, experienced a colossal rise in violent crime.

Gang members controlled the street level sales, and they were willing to kill for their piece of the pie. 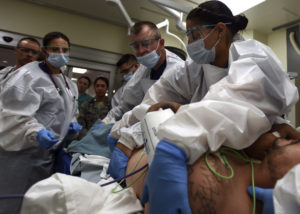 The death rate was staggering.

Army medics were sent to Martin Luther King, Jr. Hospital for training, as it was said there were no other emergency rooms in the country that saw the same volume of military-style caliber gunshot wounds.

The Los Angeles Coroner’s Office, unable to keep up with its workload, piled bodies in their hallways and, at times, stored others in refrigerated trailers parked outside.

Any cop who worked in South Los Angeles for any length of time during the eighties has seen murders and drive-by shootings. I don’t mean that they have seen the aftermath of these activities; they have observed these things happening in front of them. 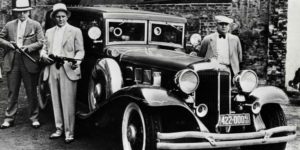 One night, working patrol in Firestone, my partner and I saw a carload of gangsters slow as they rounded a corner where other gangsters loitered. What attracted our attention was one of the men in the car popped up through the sunroof and began shooting into the crowd.

People went down, and the vehicle sped away. We saw the muzzle flashes and heard the shots, and as we sped past the crowd in pursuit of the suspects, we could hear yelling and screaming coming from those on the sidewalk. Several victims were on the ground.

The suspects unknowingly turned onto a cul-de-sac which ended at the train tracks. We were on their bumper by now, and we skidded to a stop behind them and bailed out of our radio car, prepared for a gunfight. Guns flew from the car windows and the gangsters raised their empty hands high into the night sky that was illuminated by our powerful spotlights. They were no longer interested in shooting now that they faced an armed adversary. 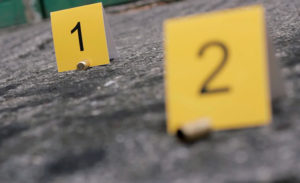 They were Bloods from the Pueblo housing projects just north of Firestone’s jurisdiction who had ventured into our jurisdiction hunting Crips. The victims—this time—were a group of “59 East Coast” Crips. Today’s victim, tomorrow’s suspect.

After the suspects were in custody, my partner and I returned to the location of the shooting where another pair of deputies had secured the scene. A young man, dressed in blue from head to toe, lay dead on the sidewalk.

Of those who remained, several had been wounded. They reported that the shooter had popped up through the sunroof, said, “What dat Villain like?” and began firing his weapon. He was a minor, the type who would be called an innocent teen when killed by the police.

That incident took place in the north end. Another night, my partner and I were patrolling the south end of our jurisdiction when suddenly a barrage of gunfire erupted near us. We rounded the corner and saw dozens of gangsters running in every direction. Some of them were shooting, others were just scattering.

No amount of academy training sufficiently prepares you for the moment you turn a corner to find yourself amid multiple shooters and scores of people running in every direction. I focused on one man who stood in the middle of the street, firing his gun indiscriminately. I aimed my car at him, hit the siren, and gave it the gas. Deadly force comes in many packages. 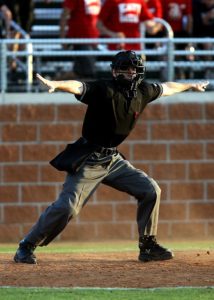 The suspect threw his gun and raised his hands. I skidded to stop, nearly missing him completely.

Everyone had disappeared in a matter of seconds, having escaped through the yards of houses, down the streets and alleys, and through the park which was dark by design, the work of gangster target practice. By the time help arrived—just moments later—none of the other participants could be located. Neither suspects nor victims.

We ended up with a probable cause arrest, booking the shooter on the charge of attempted murder. But without a victim, he would be charged with a few benign weapons-related violations, and soon be back on the streets to do it again.

It was common to be shot at while traveling through the projects at night. When we had the need or desire to do so, we would turn off our lights and drive fast, to lower the likelihood of being struck by gunfire. The sounds of bullets passing overhead are memorable experiences, especially when those sounds are accentuated by the very distinct clackety-clack-clacks of the infamous AK-47. 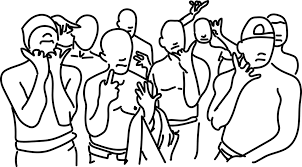 Some families raised their children to sleep on the floors, so they had less chance of being shot through windows. Usually, it would be those who had cultivated generations of gang members and they knew no other way of life.

One such family lived on Grape Street. The home was a favorite target of rival gangs and was constantly being shot up. The street side of the home was riddled with bullet holes and broken glass. Having been inside the home on several occasions, I knew that the front door, when closed, would be fortified with a giant steel plate that was marred by bullet strikes.

In most parts of the country, a “shots fired” call for the cops is something that elevates the collective energy of all involved: the dispatcher, the units in the field, the watch commander who listens from his office, and prays that all goes well in the field. But for us, back then, such calls were considered routine. Even the dispatchers could be heard speaking wearily into their phones: “They’re shooting again? Okay, we’ll send somebody down there.” 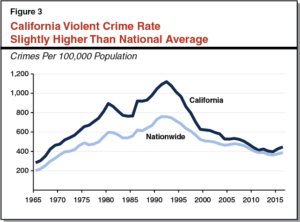 Things are different now. Today, statistics show that the violent crime rate in California peaked in 1992 and is now nearly 50% lower.

But for the families who sleep on their floors, and for the cops who prowl those same streets today, and who are the ones now driving toward the gunfire, it probably doesn’t feel like it