I’m no fan of open carry, much to the dismay of some of my gun-loving brethren. 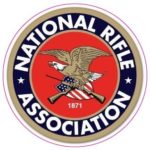 Although I am an ardent supporter of the second amendment, and a lifetime member of the NRA, I believe this is one of those topics that should be carefully examined by all gun rights advocates.

For me, this comes down to civility, and I would ask those who disagree to try to consider a cop’s perspective.

As a cop, I would not have been comfortable with civilians walking down the street with AR-15s slung over their shoulders. I never personally encountered that, but I have heard reports of it happening to others. Any cop would be at a heightened state of readiness during such encounter, and any subsequent action or contact would be a volatile situation, to say the least. 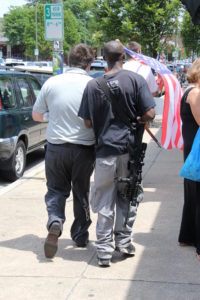 If I were to encounter a civilian with an AR-15 or another type of semiautomatic rifle in a public place, my first concern would be that a mass shooting was about to take place. My instinct would be to assess the situation and prepare to take appropriate action if necessary. It is not the type of thing one notices and then ignores.

How is he dressed? Could he be wearing body armor? Extra weapons or ammunition? What does his expression tell me? Is he relaxed, or intense? Angry? Scared? Is this a person trying to make a point, or is it a bad guy about to commit a massacre?

Now that I’m retired from law enforcement, my daily carry is a Glock compact pistol. No pistol is a good match against a rifle. If I found myself in the unenviable position of having to stop a mass shooting, I would have to come up with a plan to overcome what would be a very lopsided fight.

First and foremost, I would strive to maintain the element of surprise, something that would likely be forfeited by carrying an exposed weapon. I would look to close the distance, which is counterintuitive to the untrained. But given the limitations of my weapon, my goal would be to position myself for a headshot. There is little chance I could close the distance on a man intent on murdering the masses with an exposed weapon. It is more likely I would be the first target. 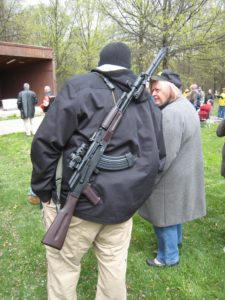 Most gun owners don’t want the attention that open carry brings to the Second Amendment cause. Inappropriately displaying firearms can cause people who might otherwise be neutral, to become involved in the argument.

People who wouldn’t have cared before that you have an AR-15 in your home could begin questioning why such weapons are even available to civilians. And soon we could lose the right to legally own them at all.

The Right to Bear Arms

I am absolutely an advocate of all law-abiding citizens having the right to keep and bear arms, and I believe in freedom and the Constitution as it was written by our Founding Fathers. My opposition to open carry is that I view the practice as tactically unsound, and I believe that its application might strengthen the resolve of those for stricter gun control laws.

In a decent and civil society, some regulation is necessary. If you feel the need to carry an exposed firearm to a parade or into a diner, I can assure you that there will be many people offended or frightened by your presence. Men like me will be making a plan to kill you if need be.

In Idaho both open carry and concealed carry are legal. Any person over the age of 18 may carry a concealed weapon anywhere in the state, without a permit. Yet violent crime is among the lowest in the nation, proving that gun violence has little to do with restrictive gun laws. Compare your state here. 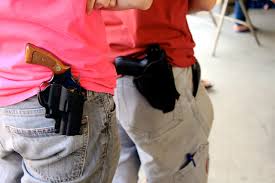 Hardened criminals are often as observant as cops.

The open carry civilian with a .45 on his side who happens upon a bank or liquor store robbery stands a good chance of taking a bullet to the head before the robbery even starts.

He’s already been identified by the layoff man or woman, someone standing in line who appears to be a customer but is ready to take out any threat that arises. Mr. Open Carry will never break leather—he won’t have a chance. Every cop knows this to be a fact. We are trained in the academy to be observant of layoff persons in any robbery situation. Most civilians have never heard the term.

Open carry goes against both of those principles. The practice can put you at the center of any conflict whether or not you are prepared, committed, or aware of it, and it could potentially draw you into a conflict that otherwise might not even exist.

I look forward to your comments.