Landing a BookBub deal is said to be a gamechanger for independent authors.  As I write this, I’m two days into my first deal. But before we get into what exactly a BookBub deal is, allow me to tell you about the BookBub platform.

BookBub is a free service used by millions of readers to follow their favorite authors, to discover new authors, to review books they’ve read, and to learn of new releases and promotions. It is also a platform where authors and publishers can connect with their fans, advertise to drive sales, and of course, seek the ever-elusive, coveted BookBub deal.

Anyone can join BookBub, and it is up to authors to claim their books on the site and to build their own profiles.

You can find my BookBub profile here, and I would love to have you follow me there.

Once you’ve signed up, you can follow your favorite authors and select the genres for which you would like to receive recommendations.

If you follow me on social media, you know that I often write book reviews on the BookBub platform, in addition to the reviews I post on Amazon. Authors love reviews.

What is a BookBub Deal?

First, any author or publisher can pay for advertisements on the BookBub platform, similar to how one might advertise on Amazon or run Facebook ads. But when authors advertise on BookBub, they are putting their product directly in front of their target groups of enthusiastic readers.

But the BookBub deal is something much more than an advertisement. First, to be selected for a deal, the book must be of the highest quality, with great covers, blurbs, and reviews. BookBub receives thousands of submissions from authors vying for their coveted deals to get their books in front of millions of readers. But as few as 10% of submissions are selected, so it is indeed a very big deal. 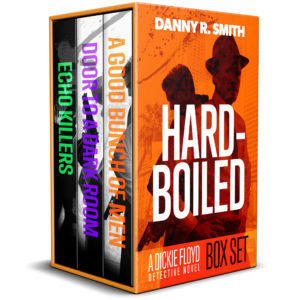 My deal was for the Kindle box set of my Dickie Floyd Detective series, HARD-BOILED.

Three novels and a short story for less than a buck—that’s a deal!

What does it Cost the Author?

Not only are BookBub deals hard to come by, but they also aren’t cheap. The prices vary depending on genre and regions. My deal included the UK, Canada, Australia, India, and it cost me $262. Had I been selected for the US region also, it would have cost me an additional $876.

Is it Worth It?

HARD-BOILED, compared to my novels, has been slow on sales. Primarily because I haven’t advertised it much, but also because most of my fans have read the books in the box set as they were individually published. BookBub is a fantastic way to find new readers.

This is a look at how HARD-BOILED ranked on Amazon in the U.S. before the deal began:

This is how it ranked 36 hours into the BookBub deal:

That’s a big jump, and my deal didn’t even cover the US! Now let’s have a look at the real story. Again, this is halfway through the second day of the deal:

Hitting #1 in several categories in the two regions is remarkable! Clearly, the BookBub deal was worth it. Also, once the sale is finished, the newly attained rank will carry residual sales for some time, at the standard price.

What About Those Numbers?

You’re right, the ranking doesn’t tell the whole story. Here are my actual sales data as reported near the end of the second day of the deal:

More than 500 copies of the box set were sold in the first 36 hours of the deal. I would definitely say it was worth every penny, and then some.

I may add the final sales numbers to this blog once the deal is finished. But for now, I wanted to get this blog out in order to promote the deal before it ended.

How Did I Land My BookBub Deal?

That is the big question and one I am eager to answer.

I first published A GOOD BUNCH OF MEN in September 2017, but I had no plan, no direction, and truthfully, I didn’t expect much to come of it. I certainly didn’t expect the rave reviews that I would receive which compelled me to write a series.

Once I went forward with the series, I hired a marketing coach. She taught me the basics of advertising, rebranded me, and helped with my series covers. In September 2018, I republished the first book with a plan for success.

I learned early on that a BookBub deal is something for which every author strives. I submitted my first book and my box set several times each and collected one rejection after another. I had plenty of great reviews that speak to the quality of my novels (the first book in the series has nearly 200 reviews with a 4.5-star average), so there had to be something else holding me back.

I concluded it had to be the covers, and that meant I needed a total makeover.

Fortunately, I struck gold when I found Jonathan Schuler of Schuler Creative Lab. The first time I applied for a BookBub deal after Jon designed my new covers, I received it. Coincidence? I think not. 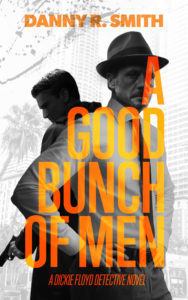 When I saw the first design he created for A GOOD BUNCH OF MEN, I knew we were going in the right direction, and that I had found the right man for the job.

I asked that he complete the box set as soon as possible so that I could resubmit for the BookBub deal. He did, and the rest of that story has been told in this blog.

The moral of the story is that if you write a great book, you should have your manuscript professionally edited, and you should hire a  professional to design your covers.

Because as it turns out, we really do judge a book by its cover.

2 thoughts on “Landing a BookBub Deal”