On a cool night in April, a gang cop came face to face with an Eastside Bishop Blood, the two of them leveling the business ends of their guns at one another. Gunfire erupted, and the two men went down in a volley of burning lead. It happened on Elm Street, and it was certainly nightmarish.

Eastside Bishops are a clique of the black street gang, “Bloods.” The Bishops claim as their own, in part, the geographical area of Elm Street south of Firestone Boulevard. This region is the unincorporated area of Watts, formally known as the Firestone Park District of Los Angeles County.

The legend of Firestone Station had been built on generations of tough cops willing and able to battle the violent elements that plagued the region for decades. The deputies who worked these streets over the years, routinely found themselves clashing with criminals, gang members, disgruntled citizens, and the dangerous groups of militants who stoked them.

Historical events included: The Watts Riots of 1965; The Los Angeles Riots of 1992; The annual Watts festivals, which, during their early years, regularly ushered in violence and conflict between law enforcement and elements of its citizenry.

Those who stood for law and order had cemented the legend of Firestone Station, and the men and women who called it their home.

Mac had been a deputy sheriff since 1981. After a short stint working custody—a requirement for newly graduated deputies with few exceptions—Mac transferred to Firestone Station for patrol training. His six-year tenure as a street cop had been action-packed with pursuits, fights, hundreds of felony arrests and many shoot/don’t shoot scenarios. But he had never before exchanged gunfire with an adversary, and he never before had to pull the trigger on another man.

On a cool Sunday night, Mac was working an overtime shift with his good friend Ron Duval. They wore plain clothes: jeans and Sheriff’s raid jackets over protective vests. It was an attire recognized by residents of sheriff’s jurisdictions everywhere as that of the gang detectives. Their call sign was 11G (“Eleven George”).

That night I was stuck working the desk as the station dispatcher. It was a necessary assignment that all patrol deputies were rotated in and out of, and most of us hated it. We received a 9-1-1 call reporting that there were shots fired in the 8800 block of Elm Street.

Gunshots were heard almost daily throughout Firestone’s district. Citizens would call in to report such activity with resignation in their voices: “They shooting again down here on Elm Street.” Desk personnel would question the caller: Do you see who’s shooting? Is there a vehicle? Who are they shooting at? Without details to boost the call to a “245 Now” (assault with a deadly weapon) call, it would be dispatched as “923s” (shots fired). Many times, the shots-fired calls would develop into something much more serious. But many times, neither the source of the shots fired nor their intended target(s) would be discovered.

It was life in the ghetto.

I sent the call to Richard Lopez, a seasoned and respected Firestone deputy. Rich had handled hundreds of these types of calls, and he nonchalantly acknowledged the call.

Firestone Unit 11G, MacArthur and Duval, were familiar with the area and knew that gang members plagued the 8800 block of Elm Street. They were also intimately familiar with the alley that paralleled Elm Street to the west, and a small, dingy walkway that connected the two. This walkway was commonly used by gang members to escape the presence of sheriff’s deputies driving into their neighborhood.

Duval suggested they come in through the back, covertly. Mac turned his lights off and crept through the alley, stopping near the walkway to Elm Street. Having been nearby, they arrived in less than a minute, whereas Lopez had indicated he had about a three-minute ETA (estimated time of arrival).

Mac had recently transitioned from patrol to the gang unit. In patrol, he wore a leather duty belt with a Smith & Wesson revolver holstered on one side, and a pouch with three “speedy loaders” in front. Like most other deputies, his belt included two handcuff cases worn on his back, a baton ring on the side, and he carried two “dump” pouches in the middle of his back that held additional ammunition.

Speedy loaders are plastic cylindrical devices designed for quickly reloading revolvers. With practice, six bullets can be quickly reloaded into a six-shot revolver. Dump pouches are designed to house individual rounds. When they are unsnapped, the loose rounds of ammunition would fall into your hand for single loading.

This event predated the use of semi-automatic pistols in our department; we were dinosaurs in the world of law enforcement. Mac had stopped carrying the dump pouches when he transitioned to the softer nylon gear belt that is commonly worn by detectives wearing soft clothes (street clothes as opposed to uniforms).

Lastly, Mac always carried a backup gun, as did most street cops in violent neighborhoods. His was a two-inch .38 caliber revolver that he kept in his back pocket. 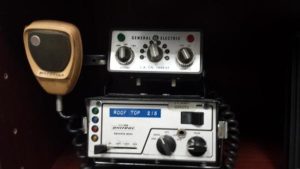 Mac recalled that his partner, Duval, was on the radio, broadcasting their arrival and plans to approach on foot.  Mac went ahead of him through the walkway. He had his gun in his right hand, a radio and flashlight in his left. He stopped short of Elm Street in order to survey the area before responding units arrived, in the event that there was an active shooter on the street. He paid particular attention to a known gang house located very close to the walkway. The street was eerily silent.

The flicker of headlights turning north onto Elm Street from 92nd Street caught Mac’s eye. He assumed it was his academy mate, old partner, and close friend, Rich Lopez. He knew Rich was the handling unit and would be responding. Just as the patrol car had turned north, Mac heard footsteps. Somebody was running, and by the sounds of shod feet slapping against concrete, Mac knew the runner was drawing nearer. Mac’s view was limited due to a market at the corner of the walkway and Elm Street.

Mac waited in the shadows to avoid being seen. The footsteps slowed, and suddenly, the figure of a man rounded the corner. The man was backlit by a distant streetlight, and Mac saw a gun in his left hand.

Training is Key to Survival

Mac processed the situation in an instant: there had been a report of shots fired. The armed man before him had been running, apparently from the arrival of police. Now they were face to face. So close, Mac reports being able to smell the odor of Old English 800 malt liquor on his breath. Only seconds had passed, and Mac had no place to retreat or seek cover. He had still not taken his eyes off of the man’s hand that held a gun.

Mac’s gun was in his hand, steadied near his waist not far from the holster from which he had drawn it. It was tucked at his side, and the barrel was pointed toward the suspect. The suspect raised his gun and began leveling it toward him. Gunshots rang out, which he described as being “muffled.”

In those moments, Mac fired his gun as fast as he could pull the trigger. The suspect fell not far from Mac’s feet. Mac had followed the suspect with the sights of his gun and tried to fire again. This time, the hammer of his revolver fell on an expended cartridge; his six rounds of ammunition had been fired.

It was a brief and surreal moment that Mac stood over an armed gangster in the dark walkway with an empty gun. Mac knew he needed to get to cover before trying to reload. He started for the end of the alley, and as he turned, he was struck in the back by a bullet.

Mac said it felt as if he had been hit by a three-pound sledgehammer. The blow knocked him off balance and threw him forward. He landed hard against the concrete, elbows first. His primary weapon flew from his hand, as did the radio and flashlight he had carried in the other. A sharp pain permeated his back, but he knew he had to move or risk being killed.

Mac scrambled to the end of the alley and around the corner of a fence, crawling on his hands and knees. This position offered concealment, but it would do little to protect him from gunfire. He pulled his backup gun, having lost his primary weapon when he fell, and he pointed it in the direction of the suspect. Ten feet was all that separated him from the gangster who had tried to kill him. Mac knew he had been hit by gunfire, and he wasn’t sure how badly he was hurt. He knew that a bullet had struck him somewhere near his spine.

Unsure if he could continue his retreat, Mac emptied his backup gun in the direction of the suspect, skipping rounds off of the concrete the way he had been trained.

After firing the five rounds from his backup gun, Mac shuffled further back with the intent of reloading his weapon. Instinctively, he reached for his dump pouch; it wasn’t there. All that remained was the ammunition for his primary weapon which was contained in “speedy loaders.” It was the same ammunition he would use in both weapons, but the speedy loader was designed for the six-shot revolver, not his five-shot backup gun.

Mac manually dumped the bullets from a speedy loader and reloaded his backup gun with five of the bullets, leaving the sixth lying on the ground.

Hunkered down with a reloaded weapon, Mac turned his attention back to the alley to assess the situation.

That’s when he heard Duval calling out for him. It was the first time since seeing the armed man that Mac thought of his partner.

Duval announced, “He’s down. He’s down.”

Mac responded. “I’m hit!” At that time, the thought occurred to Mac to remain still since he had been hit near his spine. He didn’t want to spend the rest of his life in a wheelchair.

Next week: a shooting on elm street, Part II

The gangster fired. Mac fired back. Flames erupted from his gun that he held low and tight to his body. He held his radio and a burning cigarette in his other hand.

6 thoughts on “A Shooting on Elm Street”