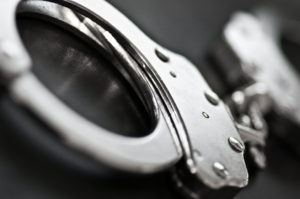 The nature of our assignments was responsive: someone was kidnapped, we’d go to work; a prisoner escaped, we started a manhunt; a judge was threatened, we’d set up around-the-clock protection while investigating the source. And so on.

As explained in a previous blog about the Special Investigations Bureau, Metro detail (now called Major Crimes Bureau) had absorbed the duties of the department’s fugitive detail. There were file cabinets full of arrest warrants to be served at will, so I always kept a dozen or so in my briefcase. I lived in the northern part of our county, quite the commute from SPI’s headquarters in Whittier. The warrants allowed me to start my day close to home, or beat traffic heading north in the afternoon.

Nothing in Police Work is Routine

One such warrant called for the arrest of a tweaker who lived near Gorman, a small community in the mountains where sometimes I’d take my dog to go hunting. It was pretty country and I thought it would be a nice way to spend the afternoon, a little mountain drive and a fugitive arrest on my way home from the city. On the map, the location seemed to be just a short distance from civilization. The map had deceived me. 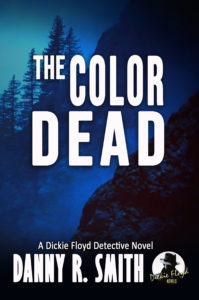 Gorman also happens to be the creepy setting of my fourth book in the Dickie Floyd Detective novel series, THE COLOR DEAD.

Two hours after leaving Whittier, I was checking my cell phone every few miles hoping I would again see a signal. I checked my handheld radio too, but both were useless in the mountains. After thirty minutes or so on desolate roads, I began wondering if I was lost; there couldn’t be any homes this far out in the middle of nowhere. 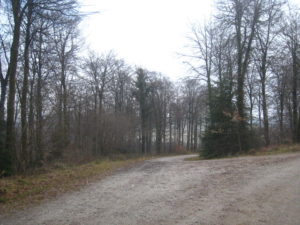 The pavement ended, and I continued driving on a gravel road in my county-issued Ford Mustang, an undercover cop car that was good for speed, cornering, and looking cool, but not for driving on dirt roads. A six-foot rattlesnake crossed the road in front of me, hinting at the mistake I had made in coming here.

But once committed, I never stop; I’m funny that way. So on I went, and finally, I rounded a corner at the top of a mountain and came upon a two-story house sitting on a cleared, flat lot among tall pines. The gravel crunched beneath my tires as I inched toward the home, checking the warrant once more for the name and physical description of the wanted man.

I looked up to see two children gazing from an upstairs window. They were probably five or six and both had white hair and expressionless faces. Neither wore a shirt. It was difficult to say what gender they were, which back in those days, mattered. It was creepy, like something out of a Stephen King novel.

It Just Kept Getting Weirder

Then the dogs ran off the porch. Focused on the strange children, I hadn’t noticed them, but there were a dozen or more. They surrounded my car, barking viciously as I came to a stop near the steps leading up to the covered, wooden porch. The front door flung open and a woman ran out, screaming at the pack of hounds. She was stark naked.

She glanced my way and paused, seemingly surprised at her company, likely unaccustomed to visitors. After a long moment, the naked woman turned and nonchalantly walked back into the home.

I looked up to see the mannequin-like children hadn’t moved. The dogs had followed the naked woman to the front door, and I decided that would be my next course of action. After all, I was not only committed but curious now too.

The dogs were sniffing at my pant legs as I stood to the side of the door and knocked. In a moment, it was answered by the same woman. She was blonde. For some reason, I hadn’t noticed her hair earlier. She was now wrapped in a red flannel shirt that was too big for her. Too big for Shaq, to be honest about it.

She asked what I wanted, so I flashed my badge and mentioned the fugitive by name. The woman was shaking her head to indicate she didn’t know him when a voice boomed from behind her, “Who the f*$& is it?”

A man appeared behind her, though it would have taken six of her to conceal him. He was wider than she was tall, and the top of his head was above the frame of the door. Long, straggly hair framed his weathered face, and his beard flowed over his bare, hairy chest. The mountain man glared at me with his beady eyes as the woman finally answered him, saying, “It’s the cops.”

She thought there was more than one of me, and I wished it were true. Nonetheless, I would go with that theme; it was brilliant! I spoke into the non-working radio in my hand: “It’s code four up front, guys, just hold your positions.”

The mountain man was asking her while staring at me, “What the f#*$ does he want?”

Banjos played in my head as I stood surrounded by a pack of dogs on a creaking wooden porch. The hairy giant had pushed past the woman—his woman!—and now stood outside with me. His presence demanded an answer to his question.

To answer his question, what I wanted most was to be anywhere other than there. In fact, it had become the most important thing to me in the world. I couldn’t care less about any harbored fugitives.

The description on the warrant had the wanted man at 5-07, 140 lbs. This wasn’t him, thank God! Because had this gorilla been the man I was hunting, it may have been my very last detail. The fact he was not, was a relief.

So my first strategy in leaving alive was to assure him I wasn’t there for him or his woman. Or the demonic children upstairs. I told him who I was there for, mentioning the suspect by name. “Obviously, we have the wrong address,” I assured him, “so we’ll just leave you fine folks alone.”

I mean, it was mid-afternoon and everyone was naked. Whatever they had planned for the evening mattered not to me, as long as their plans didn’t include having me for dinner. Literally.

I slowly backed away, thanking them both for their time while wondering if my nine-millimeter would do any good if the beast charged me. An airstrike might have been a more appropriate option.

When I started the car, I noticed the two children still gazed from the upstairs window. The mountain man stood watching from his porch, his bare belly folded over faded jeans. His woman was out of view, and the dogs meandered about, having lost interest. I turned the car around and headed out, envisioning crosshairs on the back of my head.

Once I made the corner, I hit the gas. Gravel shot out from my tires and a cloud of dust rose behind me, accentuating my enthusiastic departure. I began laughing as I raced down the mountain, relieved to have survived, to be out of the kill zone.

The next morning, a team of seasoned investigators sipped coffee and listened with great interest as I provided the details in the comforts of our office. Any other audience would have been astonished, appalled, grateful I had survived. This collection of twisted cops was only amused. My lieutenant (his initials are Deac Slocumb) grinned throughout the story.

If you know Deac, you can picture that devilish look on his face, and you would know something entertaining would soon be spoken. When I finished, he said, “You know, if you would have been killed, we’d all be saying, ‘What the f&*# was he thinking?’ They’d make one of those Motorola f*&#-up films about it, and tactics instructors would make fun of you for the next hundred years.”

Fortunately, the referenced fame and film career eluded me.

17 thoughts on “The Fugitive Detail”