The Greatest Job I ever Left 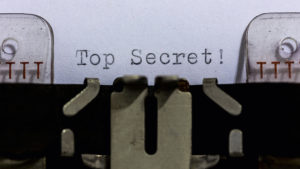 SPI (pronounced “spy”), the acronym for Special Investigations Bureau, was a Detective Division assignment within the Los Angeles County Sheriff’s Department. It has been renamed to Major Crimes Bureau. Personally, I liked SPI better.

The Motto of Special Investigations Bureau

“Our job is so secret, even we don’t know what we’re doing.” It was printed on t-shirts along with a cloak-and-dagger image. And not without good reason.

While assigned to the unit, your identity as a member of the department disappears. Your name is replaced by a bureau number. The numbers and identities are maintained on a list of which few in the department have access. The department would not acknowledge to outsiders that you existed if an inquiry was made. This procedure was in place to protect those at the bureau who worked deep cover assignments, such as our biker gang and organized crime investigators.

The Metro detail handles in-progress crimes of kidnap for ransom, murder for hire, life-threatening extortion, threats against public officials, and escapes from custody. Additionally, this unit investigates pattern and series robberies, and, due to budget cuts over the years, it had absorbed the duties of the fugitive detail.

I had been a station level detective for five years when I promoted to Detective Division/SPI. Getting there wasn’t easy; I had a break. While assigned to the Century Station detective bureau, I had been the primary investigator of a complex kidnapping investigation. Eventually, there was a demand for ransom, so SPI/Metro assumed the investigation. I was subsequently “loaned out” to SPI for the remainder of that case, and the exposure no doubt factored into my being selected to join their ranks.

Extraditions were part of the job. Each investigator rotated through a list and every few weeks he/she would be assigned to pick up a fugitive from another state and return him to L.A. County. It was luck of the draw where you went, though it did seem some were luckier than others.

During my one-year assignment at SPI, I extradited fugitives from Nevada, Arizona, Colorado, Washington State, North Carolina, Virginia, Georgia, Tennessee, Illinois, Alabama, New Mexico, and Texas. A few of these states I went to more than once.

Prisoners would be equipped with a leg brace—a mechanical device locked in a straight configuration when they stood, inhibiting their ability to move quickly. In some cases, a stun belt would be used. One of the two detectives would have a remote control with the ability to charge the prisoner with 75,000 watts of “Please behave.” Most prisoners were terrified of being shocked and very compliant when the belt was on.

I would explain to the prisoner that the belt would be automatically activated if separated from its remote by more than twenty feet. On one occasion, we stopped to gas up a rental car and my partner started walking away to pay for our fuel. The prisoner panicked from the back seat and started yelling for him not to leave. He didn’t know I had the remote.

Vacations on the County Dime

We always tried to make time for a quick tourist stop before picking up our prisoners. During a trip to Nashville, I visited the Grand Ole Opry. In Colorado, I visited the Pro Rodeo Hall of Fame. Of course, I had to see Wrigley Field on a Chicago trip, even though it was November. In New Mexico, I toured the American International Rattlesnake Museum. I hate snakes, yet I found the rattlesnake museum bizarrely fascinating. In Virginia, I drove under the ocean for three and one-half miles in a tunnel, twice. I would have preferred going back to the rattlesnake museum.

It wasn’t all fun and games. On one occasion, my partner and I were sent to the Federal Correctional Institute in Florence, Colorado. Classified as a “supermax” prison, it is known as the “Alcatraz of the Rockies.” The prison opened in 1994, just two years before our trip. We were there to escort a heavyweight mafia man, a former hitman from one of the big five Italian crime families, to Los Angeles where he was to appear at a trial. The assignment was high risk, and we handled it accordingly. Though this mobster likely had more blood on his hands than Tony Soprano, he turned out to be the nicest killer I had ever met.

Sometimes we worked around the clock chasing the most dangerous criminals in the land. On one such occasion, our team captured a desperate and dangerous killer who had made a daring escape from a maximum-security jail facility. Within hours, we captured him at his girlfriend’s home. They always went back to the women. Interestingly, like the Mafioso, he too was a pretty nice guy, though a stone-cold killer of multiple men. I would later testify at his trial relative to his escape and apprehension. He smiled genuinely and thanked me as I left the witness stand and walked past where he sat chained at the defense table. Like we were old friends.

My first undercover, take-home detective car was a 5.0 Mustang with red and blue lights concealed behind the front grill, and a siren. I blew the engine hitting triple digits on the Antelope Valley Freeway, en route to a hot call-out. My punishment was a van to replace it. The van was mustard-colored and I was convinced it had previously been owned by a serial killer. My nephew called it the Shaggin’ Wagon.

Fast Mustangs or serial killer vans, it didn’t matter. Each ran on county gas, so I didn’t complain.

One of the most interesting cases our unit handled while I was assigned there was a murder-for-hire case involving two attorneys who were former business partners. That case should be a blog in and of itself, so stay tuned, it may be forthcoming. The Reader’s Digest version is we staged the one attorney’s death and collected the bounty from the business partner shortly before placing him in cuffs.

I would be remiss if I didn’t tip my hat to all the members of this elite detective unit. From partners to supervisors, all were highly qualified, experienced cops who worked hard but had fun while doing so. Leaving SPI for Homicide was one of the toughest career path decisions I ever made. My very strong desire to be a homicide detective had been the driving force, but I would be lying if I didn’t admit there were times I wished I would have stayed at SPI.