The most popular blog I’ve ever written, hands down, is 8 WAYS TO GET AWAY WITH MURDER, a parody of the endless self-help features offered by every blogger and her dog. Although clearly a spoof, this blog has drawn the attention of some ne’er-do-wells scheming to harm their fellow man.

First published on December 29, 2017, 8 WAYS TO GET AWAY WITH MURDER was the ninth blog I had written since launching The Murder Memo just two months earlier. At that time, I fretted endlessly before hitting the “Publish” button, and then closely monitored my website’s stats after, silently rejoicing each time my blog was read.

It was a time when my newsletter boasted few subscribers, many of whom I signed up without their permission, taking advantage of family and friends.

Nonetheless, the spoof blog was read and apparently shared. During those last few days of the year after it was published, a time when most of us were still in our festive moods, the blog on killing had 104 views.

Over the next year, “8 Ways” received another 380 views. Some of the readers stumbled onto it as they browsed other blogs I had posted, while others found it as a result of searching the web for tips on how to get away with killing someone.

Then, in 2019, this blog became the most-read blog on my site, and it hasn’t let up. There were 5,386 views of it that year alone, and as of this writing, there have been more than 15,000 people who have sought my advice on how to get away with murder. Let’s hope they don’t all act out on their whims. 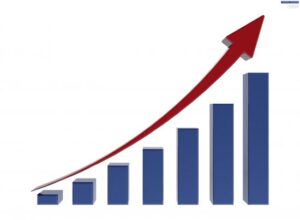 Compare that to the Angie Dodge Murder blog. It is the true story of a tragic killing and of the man who was wrongly convicted of committing it. I was hired by Radical Media to reinvestigate the case while they filmed a STARZ documentary called WRONG MAN. I wrote a blog about that investigation, and it has been viewed 20,000 times. But then again, that story has garnered worldwide attention.

The year 2020 is an exceptional one in many ways, and here, three-quarters of the way through it, nothing surprises anyone any longer. That murder is on the minds of many of our fellow citizens, is hardly newsworthy.

A Glimpse into their Psyches

Check out some of the search terms people have used that led them to my blog:

How to get away with killing somebody

How to actually get away with murder (I feel like “actually” was emphasized in this sentence.)

Tips on how to get away with murder (“Tips” lol)

Get away with murder instructions (This must’ve been a woman, as men never read instructions.)

How to kill unsuspectingly (So you want to be surprised when you kill someone?)

Classic ways to murder someone

How to get away with killing your family (Read that again.)

How to kill your neighbor and get away with it (And I thought I had bad neighbors.)

How to kill annoying people (Okay, this guy might be on to something.)

Comments on Getting Away with Murder

Good, now I know how to kill these bitch-ass people I know.”

An apparent author thanked me, saying the information would be helpful with her writing a book.

Now my antagonist knows how to annoy cops!” (Is there really anything worse than cop-annoying antagonists?)

I believe they teach this course at the Guido Sarduchi School of Contract Hitters in New Jersey.” (I never realized there was such a thing, but now I’m seeing a possible new revenue stream. Thanks, Moon!)

An apparently serious practitioner of the craft commented:

I found it more helpful than funny.” 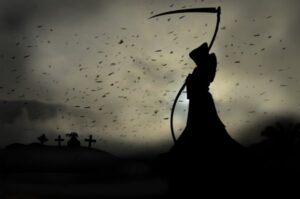 Amusing as this may be, it gives me the creeps knowing what types of people have been drawn to my website because of that blog. Clearly, some of these people are dead serious about killing.

Moreover, I ponder the most obvious question of all: Which of the two is gaining in popularity, my blog, or the notion of murder?

In any year other than 2020, I might have concluded it was the former. But frankly, I’m not so sure about that now.

And while I’ve yet to draw any solid conclusions on the matter, I have considered a possible new marketing strategy. I’ll add a final thought on the blog suggesting that the real secret to getting away with murder has been cleverly concealed somewhere within the Dickie Floyd Detective Novel series.

11 thoughts on “Get Away with Murder”