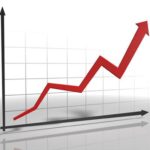 Gun sales are brisk, to say the least, due to the chaotic times we are living in. Many of those who are now buying guns are doing so for the first time. Occasionally I’ll be asked for my opinion about the best gun for home defense, or what I carry concealed, or what I would recommend for the first-time gun owner. I’m no gun expert, but here are some of my thoughts and opinions on those matters, based on my personal knowledge and experience with firearms. After all, I’ve carried a gun for more than forty years.

Using a Gun in Self-defense

It’s important to consider the consequences you might face if ever you are put in the dreadful position of having to use a gun to protect yourself or your loved ones: legal action and civil liabilities chief among them.

You need to have intimate knowledge of the local, state, and federal laws that govern the possession and use of firearms. Does your state have a “Stand Your Ground law?” Are you aware of the “Castle Doctrine?” 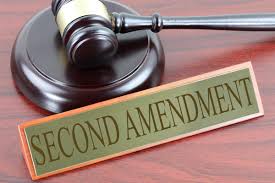 The Second Amendment of the United States Constitution says simply: “A well-regulated Militia being necessary to the security of a free State, the right of the people to keep and bear Arms shall not be infringed.” Arguments over exactly what these simple words do and do not guarantee have existed for a long time and still do. Each state has its own laws that regulate what types of firearms you can legally possess, if and how you might be able to carry them, and when you can and cannot use them to defend yourself or others. These are just the basics of what you need to know and understand before you decide if owning a firearm for self-defense is right for you. I encourage you to seek professional legal advice before choosing to arm yourself.

I also highly recommend that you obtain professional instruction in the use of firearms and firearm safety.

It is imperative that you understand the current phenomenon in this country wherein lawlessness is being tolerated, ignored, and even encouraged by certain segments of our government. Meanwhile, law-abiding citizens who have acted in self-defense are having their lives ruined by activist prosecutors and courts, the agenda-driven biased media, and the unruly and often violent mobs who are working on their behalf—the radical wing of the Marxist-driven leftists.

A great example of this would be the McCloskeys, the couple in St. Louis who armed themselves when an unruly mob broke into their private community, and which was no doubt intent on destroying property and terrorizing residents. We’ve seen how these mobs easily turn violent, and we’ve seen countless videos of innocent people being beaten, shot, and sometimes killed without any provocation.

The couple was right to arm themselves and stand their ground, yet the local authorities and much of the populace—because they are being groomed to do so by news headlines that are only partially true—are viewing them as the villains. The cops invaded their home with an unjust search warrant on behalf of the corrupt, Soros-funded leftist prosecutor, Kimberly Gardner, and they seized the rifle with which the man had armed himself because he feared for his life. He has now been charged with a felony for arming himself and standing his ground in order to protect life and property.

Other sobering examples would include the many cops who have been fired, arrested, jailed, and charged with murder, absent due process. Our justice system is no longer a reliable institution for the law-abiding citizenry; rather, it has been eroded into a third world-like political weapon. When SWAT teams storm the home of an otherwise law-abiding American who stood accused of white-collar crime—on the one side—and then on the other side, the director of the IRS uses her position to punish political opponents and is never even charged, you know what our government has become. When men are killed by federal agency snipers for occupying a building in the middle of the desert, yet cities throughout America are handed over to bloodthirsty mobs and the police are told to stand down, you know what you will be up against should the time ever come to defend yourselves.

In other words, these are scary times we’re living in, and it’s a good time to arm yourselves if you haven’t yet done so. Be prepared for the worst while praying for peace and stability in our country.

The best home defense weapon by far—especially for those who haven’t had much training or experience with firearms, and who are not likely to spend time training at the range—is the shotgun. It is the original point and click interface, and at close quarters you would have a difficult time missing your target.

I recommend a 12-gauge, something with a short barrel. A pump model is the simplest if you aren’t a gun person. Besides, the unmistakable sound of chambering a round will deter most potential intruders.

For concealed carry, there are several considerations. First, if your gun is too large or too heavy, you’re not going to want to carry it. Anything on your person is better than whatever you left in the car. I am a Glock guy, but that’s also like being a Dodge guy—which I am–as opposed to a Ford guy. In other words, I’m not here to argue that Glock is better than H&K or Sig Sauer or even Smith & Wesson—okay, wait, yes, I do have to argue that they are far better than S&W. However, it’s a personal preference. What I really like about the Glock, and what you might like as well, is that there is nothing to remember. Pull the trigger—that’s it. The only safety mechanism on a Glock is on the trigger itself, and it is automatically released when you depress it to fire the weapon. With that in mind, make sure you carry your Glock in a good holster that protects that trigger guard so that the hairbrush in your purse doesn’t set it off. I like the Sticky holsters best.

If you choose to carry a revolver, a .38 is the most common caliber, and if you use good ammunition, it is sufficient for most self-defense scenarios.

I don’t care for open carry unless there are no other options. I wrote about that extensively here. The short version is, I don’t ever want to forfeit the element of surprise. If I have to clear leather on someone, I want it to be a very big surprise to that person.

As far as the caliber of gun you choose for concealed carry, you can’t go wrong with 9mm. With the technology of modern ammunition, a good 9mm bullet is more than sufficient to do the job. I am a fan of the .45 auto, but to carry one concealed is more difficult and you forfeit the number of rounds you’ll have loaded in the gun, in most cases. I will, however, warn you against .25 auto, .32 auto, and even .380 auto pistols. I know some will argue, but I have seen people shot by those caliber guns and not even require a trip to the ER. 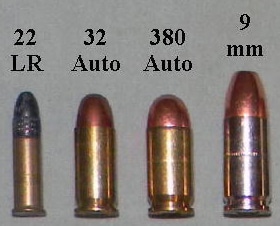 I know that someone reading this is going to roll their eyes, but I can tell you about a gangster who was shot in the head by a .25 auto and the bullet didn’t penetrate his skull; rather, it stayed beneath the skin and traveled from the side of his head to the back, where it stopped and stayed as a lump on his melon. He refused medical treatment, and when I asked who the shooters were, his homeboy standing with him said, “It’s ah’ight, we’ll take care of it.”

A 9mm is also a good home defense weapon for those who choose to train and maintain their proficiency. Ammunition is plentiful (for now, but you saw what happened with toilet paper), and not unduly expensive. It doesn’t have a lot of kick.

The Right Gun for You

Make sure to do some research and testing so that you don’t buy a gun that you are unhappy with—too small, top-heavy, grip too large for your hand, et cetera. There are gun ranges where you can rent different guns to test during your shooting session, and you could also get some instruction from professional staff.

Lastly, I want to tell you about my newest Glock, a Model 48. This is the latest model by Glock, designed for Canadians because the Model 19 isn’t legal there; its barrel is too short and its 15-round capacity magazine too large. (Insert eye roll for the Canadians.)

At any rate, the Model 48 sports a 4.17-inch barrel and a 10-round magazine, making it rather sleek, slim, and sexy. I named mine “Wanda,” and I took her to the beauty shop for a makeover. I had the slide refinished with Cerakote in “Flat Dark Earth,” and outfitted with Trijicon night sights.

But most importantly, the G48 feels great in my hands, it’s easy to conceal (even in shorts), and it shoots better than any of the other Glocks I’ve owned of various models and calibers. It replaced my Model 43 for concealed carry.

The G43 is small and easy to conceal, has a six-round capacity magazine, and isn’t nearly as nice to shoot as the G48. Honestly, anyone who likes Glock should go out and try one—they are remarkable. Also, where legal, you can purchase aftermarket 15-round magazines for the G48. 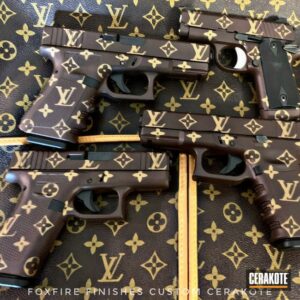 Now pay attention, ladies: you can have your Glock custom Cerakoted Tiffany blue or give it a Louis Vuitton theme—the possibilities are endless!

Go try some guns and get one or several while you still can—your life may someday depend on it.