The 8200 block of South Hooper Avenue in Los Angeles was plenty wide to withstand the traffic but felt a little crowded at night when both sides of the street were lined with parked cars and Hooper Mae could be found dancing in the street, her triple-Ds untethered beneath her muumuu.

Especially on a Saturday night, when, at times, the infamous stretch of roadway could resemble a combination of turn three of the Daytona 500 and a drunken demolition derby. Motorists sped through that S curve as if the devil himself were after them—and perhaps, in some cases, it was true.

And that curve is where Hooper Mae lived and died.

Mae’s quaint little home had a small front yard that was enclosed by a 4-foot chain-link fence with a gate in the middle. A concrete walkway led from the sidewalk to her front porch, a place she could often be found drinking, yelling at passersby, and arguing with neighbors.

Other times, she would wander onto the roadway, risking life and limb but hardly noticing. 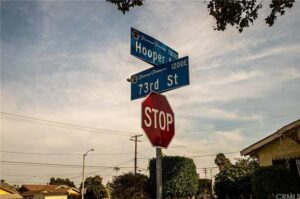 It wasn’t uncommon for Firestone station to receive several calls about Mae on any given weekend, usually late in the PM shift or much later during the early morning hours.

The calls were always similar in nature:

390 woman passed out on the sidewalk.

390 woman lying in the street.

And when the cops came, Mae would often get on the scrap.

My First Encounter with Mae

“We don’t want to fight this woman, and we aren’t taking a drunk to jail. Not tonight,” said my training officer, Mike Griffin. We were responding to a call of a drunk woman interfering with traffic, and Mike knew exactly who it was we’d find there.

I also had taken to heart the words of an academy drill instructor, who had said, “Talk everyone to jail that you can, because there’ll be plenty you’ll have to fight.”

But what Mike actually meant was that we didn’t have time for this nonsense on a night when we had come out of briefing like Quarter Horses sprinting from their gates, and there had been no signs of our pace slowing anytime soon.

There was a vibe that I’d learn to feel early in a shift, or sometimes before the shift even began, while commuting to the station or changing in the locker room or sitting in briefing listening to the radio traffic from a monitor that hung on a wall. It was a feeling you had that all hell would break loose; it was just a matter of time.

When there was no vibe—that is to say when there was relative peace and quiet on a given night—anything was fair game. A crackhead with a ten-dollar rock would go to jail. Squabbling lovers who acted out on one another violently would go to jail. A gangster who threw up a gang sign as we drove past him—and he happened to have a chickenshit warrant in the system—would go to jail. A drunken woman wading into traffic on turn three as blurry-eyed drivers braked and swerved and sounded their horns and yelled from their open windows—she might go to jail too if there was nothing more pressing to handle.

But on that night when I was introduced to Hooper Mae, it was far too busy to get tied up on such trivial matters as drunk women dancing in the streets. We needed to remain available to handle calls and back up our partners, not get caught up having to transport a female downtown to book at the women’s jail.

Griff had a Plan

Mae was a large woman, the type you could outrun or climb a tree to avoid, if you had to. And she was mean enough that you might be tempted to when she was on the fight—which was far too often. I never knew if she hated the cops or just felt better when we weren’t around, but she never missed an opportunity to tell a passing deputy just how he could go about fornicating himself.

When we arrived that night, Mae was on the sidewalk in front of her home, obviously drunk and yelling at anyone in sight. 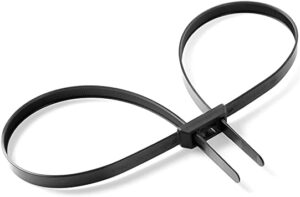 Mike said, “I’ll get her to chase me into her yard, and when we’re both through the gate, latch that baby and lock it closed with your flexicuffs.”

The operation went as planned, Griff antagonizing the angry drunk until she chased him into her yard, intent on inflicting bodily harm upon him. Mike maneuvered around the pursuing Fury with the grace of a matador and leaped over the fence to safety.

I had already secured the gate, and we both knew Mae wouldn’t be able to jump over the fence as Griff had. But we weren’t so sure that she couldn’t have charged through it. So funny as the scene might have been, we didn’t actually start laughing until we were back in our radio car and pulling away from the location, a melody of drunken slurs trailing off behind us.

An hour or so later, we were sailing down Hooper rolling Code 3 to some other catastrophe when we saw that Mae was still contained within her little perimeter, still upright and madder than a poked snake. She one-finger saluted us and spoke of our mothers as we passed. We both chuckled, pleased with the outcome of Mike’s plan.

Eventually, it happened, just as we all had suspected that someday it would.

Late one night, Mae was struck and killed by a speeding motorist as she lay passed out in front of her house, beached in the northbound lane of Hooper Avenue. Nobody had been sent to corral her that night, so none of the cops she often taunted were able to save her from herself.

In spite of the problems she often caused, the news of her passing came with a heaviness I hadn’t expected. Mae had been one of Firestone’s iconic citizens, someone who would be remembered among other infamous characters of those streets: the legendary Chainman, the notorious Kojak, and the toothless Brenda Boone come to mind.

The place would definitely have been less colorful without them.

26 thoughts on “The Life and Death of Hooper Mae”