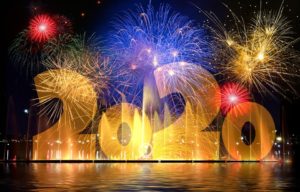 On any night in South Los Angeles, gunfire crackles against the backdrop of revving motors and booming thumps of amplified bass. But on New Year’s Eve, those nightly but sporadic—and oftentimes purposeful—volleys of gunfire, are lost in the celebratory expenditures of what some of us consider to be precious metals. 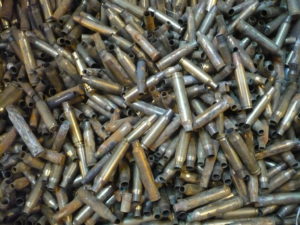 This deadly tradition of indiscriminate shooting is a newsworthy event every year. There are often reports of injuries or deaths related to falling projectiles. When a bullet is fired upward into the sky, it must come down once its energy is expended.

Depending on the weight of that projectile, it could fall at 300-700 feet per second, generating more than enough energy to crack through a human skull.

The first New Year’s Eve of my assignment to Firestone station was in 1986. However, I was a trainee, and therefore I was drafted to work the pre-parade festivities in Pasadena on the graveyard shift. Every station in the county sent personnel to assist with the momentous task of maintaining order during the events leading up to the Rose Parade. It takes hundreds of cops to maintain order as thousands of revelers gather the night before to stake their places along the route, at which time the partying begins.

The next year, I spent my first New Year’s Eve in the ghetto.

In the weeks leading up to the big night, veterans told tales of years past as a way to prepare those of us who had yet to experience such madness. Many of the stories were accompanied by forewarnings: you will see people firing their guns tonight; you will think you are on a battlefield at times; you won’t shoot back unless you know for sure they are shooting at you. Because every New Year’s Eve officer-involved shooting is prejudiced by the command staff, by the investigators, by the media, and even by your peers. You almost wanted to get winged before returning fire on New Year’s Eve.

It was everything they had described, and more.

Gunfire never ceased until nearly three in the morning, and then it still continued, though only sporadically. The sounds of small arms were accented by occasional booms of shotguns and a crescendo of automatic gunfire—the unmistakable rat-tat-tats of the infamous AK-47.

As promised, we actually saw people shooting their guns. Normally, those people would be pursued and taken into custody. But not on New Year’s Eve. When a shooter disappears into a crowd of fifty or more revelers, there wasn’t much you could do without unnecessarily escalating the situation. The goal was to avoid finding yourself in a situation where you might have to kill someone.

A few years later, now a veteran of patrol, with several New Year’s Eves under my belt, I found myself responsible for a bright-eyed trainee who had heard the stories and couldn’t wait to see for himself just how crazy this night would be. 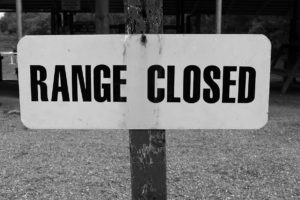 I gave him all the warnings: you will see people shooting guns in the air; you won’t shoot anyone you see with a gun unless they shoot at us first. We will try to make arrests when we can do so safely, and without ending up in a shooting.

In previous years, our administration had come up with various strategies. One such strategy was that all deputies were to return to the station before midnight and remain there for an hour, only responding to priority calls other than the dozens of “shots fired” reports that were sure to come in. That strategy made all of us grumpy. It felt like being sidelined during the big game. I, for one, was glad they weren’t making us do it again this particular year, but I also knew it was imperative that we used a great deal of discretion as we put ourselves in harm’s way on arguably the most dangerous night of the year.

It was shortly before midnight when I drove into the Walnut Park district of Firestone’s area. There were shots being fired all around us. We had already seen several people shooting during the night but had not been able to safely pursue them, so we let it go. 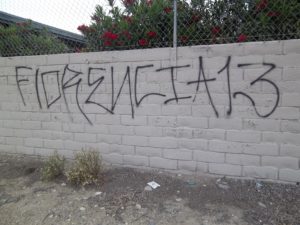 We were nearing a particular dead-end street that was heavily occupied by a Hispanic gang known as the Termites, a clique of Florencia 13. If there was one thing I enjoyed, it was taking Termites to jail. Just a few months prior, and with this same trainee, I had made a mass arrest of these gangsters, calling for the jail van and all available units to assist in hauling thirty-some of them to jail for felony assault related to a street fight.

Tonight, as I drove north on Santa Fe Avenue, I looked down Leota Avenue and saw that a large group of Termites had gathered on the south sidewalk in front of one of the known gang houses. I went two blocks north, blacked out, and crept into an alley a short distance from where they were amassed. I parked our vehicle and we proceeded on foot as gunshots continued.

I reminded my trainee that our goal was to not shoot anyone, not even a Termite.

We hunched down behind a row of parked cars and inched our way closer. Soon we were across the street from the crowd, twenty yards away, concealed behind a van. We watched as the gangsters took turns shooting a revolver into the air, reloading, and passing the gun to another homie. After watching for a few minutes, I determined the gun they were shooting was a six-shot revolver. I figured if there were any other weapons in the group, they would be shooting those as well. I whispered to my trainee, “Next time they empty that revolver, we’re rushing the shooter.” He smiled and nodded. 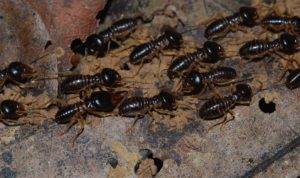 The termites scattered as I had expected they would when my trainee and I ran from the cover of the van, our guns trained on the gangster with the hot potato and yelling for him to freeze. The Termite looked up from his empty gun, the cylinder open as he prepared to reload it. We had him and the gun in custody before he knew what had happened.

It was just after midnight when we returned to the car with our prisoner, announced over the radio that we were “10-15” (we had a suspect in custody), and started for the station. It had been an adrenaline rush and I was pleased with the result of our effort. My trainee had a grin spread across his face as he started filling out the booking slip.

My elation vanished when a message popped up on our mobile digital terminal. A friend and former colleague, who had been transferred to another station under a dark cloud, had just shot and killed a man.

Though the shooting was ultimately determined to be justified; however, the circumstances of how it came to be cost the deputy his career.

Because as everyone knew, nothing good ever came from a New Year’s Eve shooting, not unless they winged you first.