The Fox TV Series, Deputy, has sparked some strong opinions from many of my colleagues from the Los Angeles County Sheriff’s Department, the agency which is portrayed. 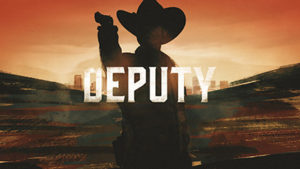 Before the premiere episode, a trailer was circulating on Facebook, especially in some of our LASD groups. Many were upset by the way our department would be portrayed, and I was among them. As such, I didn’t waste my time watching the season premiere two weeks ago. In fairness, I don’t watch much television anyway, especially after divorcing myself from the NFL. But I digress.

But the day before Episode 2 was set to air, an old friend called to ask if I was watching it, and what I thought. I gave him both barrels on exactly what I thought about the show, without having seen anything more than part of a trailer. 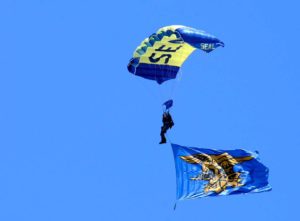 This friend, Randy, is a Navy SEAL and has been with the teams for 28 years. He has never been in law enforcement—interestingly— because LASD disqualified him, stating he had aggressive tendencies. No shit. A sheepdog. But again, I digress.

Randy said, “Dude, it’s entertaining. Hell, I watched “SEAL Team” and there wasn’t much about that show that resembled reality. Anyway, you should watch it.” 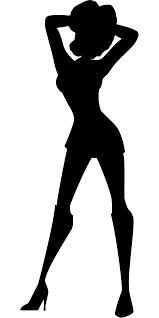 The next day, I was getting my hair cut by my adorable hair bim (short for bimbo, and yes, she knows I call her that), who asked if I had watched it. (Yes, I go to a hair bim even though she only buzzes my head. If you saw her, you’d understand.) I told her I had not. But I seemed to be less opinionated about it with Randy’s conversation still fresh in my mind. She asked if I had watched Longmire, and I told her I had. She said, “If you liked Longmire, you’ll like this show.”

That did it, I decided. I was going to man up and power through at least one episode! 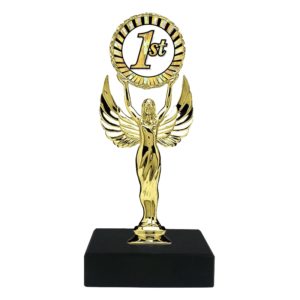 The warden, who is even hotter than the hair bim, has some kind of a hula-hoop thingamajig that allows us to watch shows on our own schedule. Don’t ask me how that works. Anyway, we watched it, and you know what, it wasn’t terrible—if you have the right perspective that it is just entertainment.

For those who haven’t seen it, here are some highlights: It starts with the main character, a mounted posse deputy, being disciplined for siding with illegal immigrants over ICE. This could be where many of my colleagues bailed. (Side note, this is a current reality with the new sheriff, unfortunately, but that’s a whole other Oprah.) Minutes later, he’s racing his old Bronco through the streets of L.A. He cuts the bad guys off at the pass, so to speak, and a wild gun battle ensues. 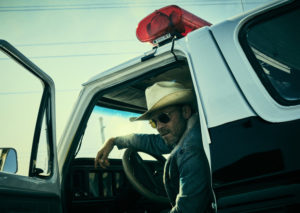 Before the smoke has settled, county counsel and the undersheriff arrive at the scene. The deputy is notified that his sheriff has died unexpectantly, and he, this posse deputy, is to be sworn as the temporary sheriff until the board of supervisors can appoint a new sheriff.

That might have alienated a few more of my colleagues, as we all know the undersheriff would assume that role in such a situation. However, the premise of this show is that a centuries-old law mandates that the longest-standing member of the posse would become the sheriff in such an event.

As a writer of fiction, I thought it was a clever plot. 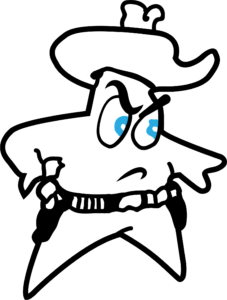 In one of the next action scenes, the new sheriff goes riding into a hostile camp in Lancaster, a-hoopin’ and a-hollerin’ (Blazing Saddles reference), and shootin’ up the bad guys!

Who doesn’t love that?

Okay, you’ll argue that could never happen. But have you worked Lancaster? I rest my case.

Besides, who doesn’t love cowboy shit? (Even when they’re all hat, no cattle.)

The way I see it, if, like Longmire, this show was about a fictitious county sheriff’s department, and if the newly appointed (and unlikely) sheriff ditched the toothpick, and if he shaved his face, the TV series Deputy would have gone over better with many of my “peeps.”

In the meantime, if you would like to be entertained by more realistic stories portraying the Los Angeles County Sheriff’s Department, you can read the DICKIE FLOYD DETECTIVE SERIES, or Frank LaFlamme’s EMP LOS ANGELES, or Tony Argott’s THEE LAST PACHUCO.

If you want to get the “real deal,” I suggest picking up a few law enforcement memoirs from former LASD personnel. You can read the recently released DEPUTY by Cliff Yates, which has nothing to do with the TV series (in question) of the same title. Or try Robert Rangel’s THE RED DOT CLUB, which chronicles his personal story and those of other cops who have been shot in the line of duty. There are several books by Jerry Boyd, including FIRESTONE PARK: POLICING SOUTH CENTRAL LOS ANGELES—which is a wonderfully written book about a place near and dear to my heart, BEHIND THE BADGE by Harry Penny, and A BADGE, A GUN, AN ATTITUDE by Dean Scoville.

There are others, of course, but these are a few I have enjoyed that were written by friends and colleagues.

In the meantime, maybe we don’t have to take ourselves so seriously when it comes to entertainment. I’m going to give it a try.