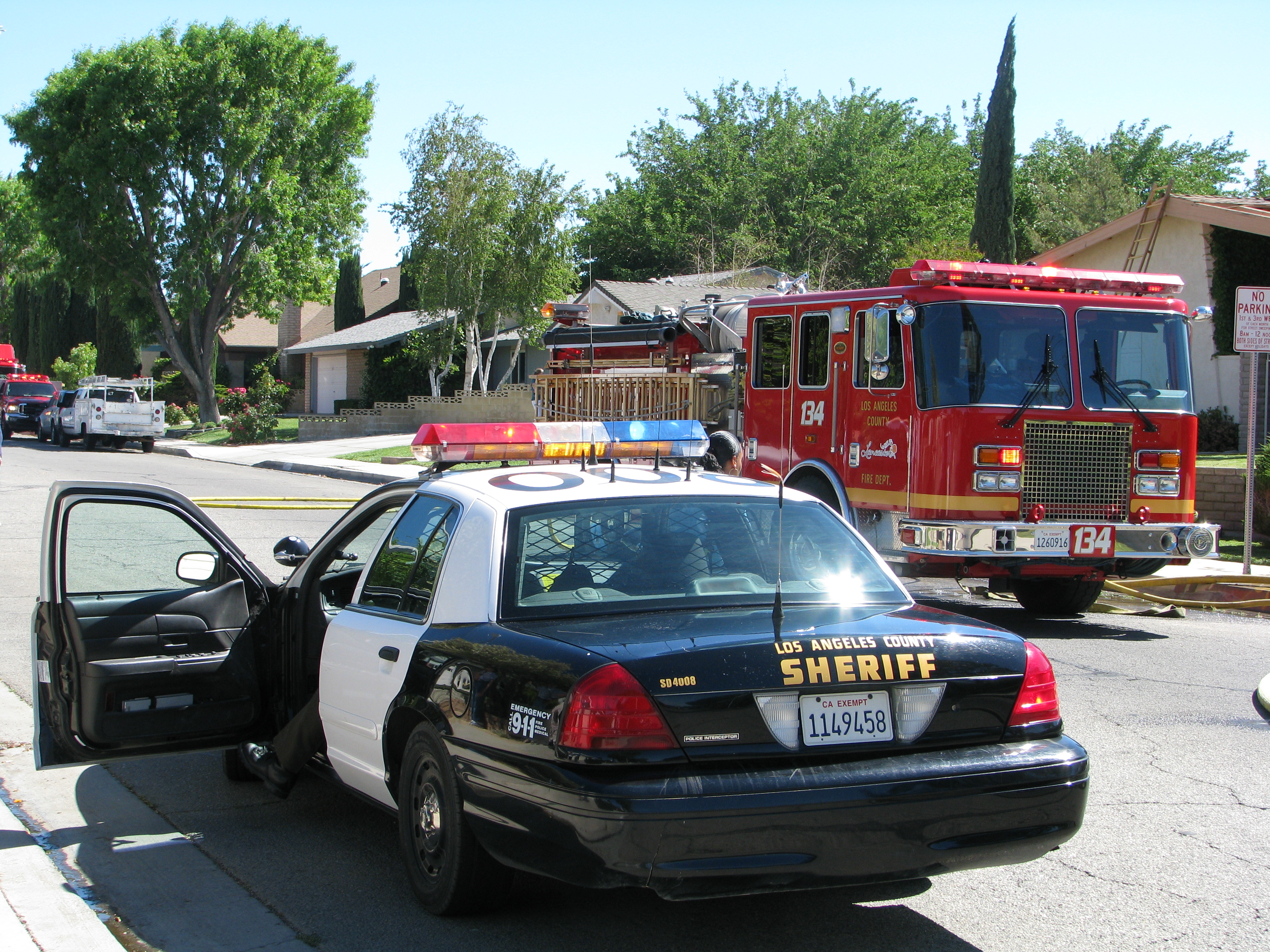 Far too often though, we would. Not by choice, but by activity. In my day (at least), we worked eight-hour days on patrol. There was no lunch break. You ate when you could. When and if it quieted enough to do so, you scarfed a couple tacos or a burger at a local greasery.

When it’s raining, find shelter and a cup of coffee. Respond to calls as needed, but there’s no sense in initiating your own activity in the rain. Well, that was good in theory, but we young deputies working in South Los Angeles were highly motivated and could only tolerate boredom for so long. Maybe an hour. If the rain continued, the coffee session would conclude and the hunting would resume.

3) Never Beat Rescue to a Call

This means don’t arrive ahead of the paramedics. They are the ones who have both experience and expertise when it comes to trauma and saving lives. For all of the fireman jokes I make and shots I freely take at my friends in their oversized yellow pants and suspenders, there is nothing better than turning onto a street in response to a medical emergency and seeing the fireman have already arrived. Unfortunately, it wasn’t always the case.

The Afternoon in Question

I was working patrol at Firestone Station. My partner was Liam Gallagher. We responded Code 3, lights and sirens activated to the call. 902R, baby not breathing. I drove that shift, Liam rode shotgun. Bookman, as we called it at the Los Angeles County Sheriff’s Department.

The radio car hugged the pavement, the tires squealing as we turned onto 67th Street from Hooper Avenue. It was an even-numbered address in the 1100 block, which meant it would be closer to Central Avenue (than Hooper) and on the south side of the street. Two men stood marking the location, outside watching for help to arrive. Although they didn’t appear anxious, they were somber. Frightened. There was no question it was the place.

The Thought Process of Experienced Cops

We knew there was a train traveling along the tracks that divide Firestone’s jurisdiction in half; we had raced to beat the train crossing at Florence Avenue. Because the truth is, we never lived by any of the rules, especially Number Three. To hell with Rescue, a baby wasn’t breathing. The railroad crossing gates had been lowered and we could see the train heading south, a short distance from where we paused but for an instant. Without conversation or consideration, I floored it. We sailed around the lowered arms with their blinking red lights and proceeded to the call. A baby wasn’t breathing.

There are three fire stations in Firestone’s area. The two closest to our destination were 9 and 16. Both were east of the tracks. Station 9 was north of Florence Avenue, near where we had responded from. But the firemen wouldn’t beat the train. They also wouldn’t go around the arms. Station 16 was further south at the time, south of Firestone Boulevard on Holmes Avenue. The tracks were elevated at Firestone Boulevard, so they would be able to get to us theoretically without waiting out the train. The problem was, either one or the other would be dispatched; it was luck of the draw.

We skidded to a stop near the troubled men who stood waiting. They turned and looked toward the open front door of the house behind them in a manner of directing us. We left the patrol car’s engine running and its doors open as we ran past them to a door that stood open. Waiting.

The baby was blue. It may have already been too late. Liam took the baby from her mother and started CPR without hesitation, giving her mouth to mouth resuscitation. There was no equipment back in those days. We just did it, or we didn’t. Sometimes it was best to not beat Rescue to a call. But this was a baby. She wasn’t breathing.

I allowed half a second to listen in the moment of stillness. There were no sirens. No firemen in close proximity. Probably waiting for a train. I said to Liam, “Let’s roll, partner.”

Racing to the Emergency Room

Without hesitation, Liam ran to the car carrying the baby and continuing CPR as he did. I followed him to his open door and slammed it closed as he stepped inside. I departed the location in a cloud of smoke from melting tires while clearing the air for emergency radio traffic.

“Firestone 11 we are responding from the 1100 block of 67th Street to MLK (Martin Luther King Hospital) with a baby not breathing. I need Firestone and Lynwood units to clear intersections.”

Liam worked frantically against the motion of the car jerking side to side, accelerating and decelerating quickly. The siren wailed as we reached speeds nearing 100 mph on Central Avenue. Every few seconds I would announce our location and direction of travel. Units from Firestone and Lynwood announced their arrival at major intersections so that other units would know to go to another one.

Each major intersection we approached on the way to the hospital had been secured by assisting deputies. Most often it would be two patrol cars, each sitting broadside with lights and sirens activated, blocking cross traffic. Once we cleared an intersection, the deputies at those locations would join in behind us, and sometimes pass us to get to the next intersection in the event it had not yet been cleared by other deputies. This is a tactic referred to as leapfrogging. It allowed us to pass through each intersection without slowing or worrying about cross traffic. Every unit from both stations risked life and limb to clear our path. A baby wasn’t breathing. 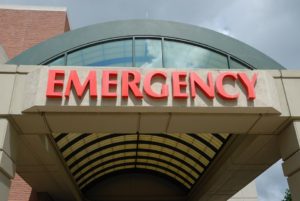 We were met at the E.R. by awaiting staff: doctors, nurses, and hospital police. Liam ran from the car with the baby and handed her off to a nurse whose open arms signaled for him to do so. The lot of us ran inside together, passing dozens of civilians with various ailments and injuries waiting in the lobby to be seen. Through double doors and into the ER operating room where life-saving efforts were continued and elevated.

Liam and I stood silently against the back wall, out of the way. Watching. Waiting. Praying.

But We Both Knew

It seemed to be hours—maybe it was only minutes—until the urgency began to settle and the staff started shutting down various machines and devices. One of the doctors looked at us and shook his head. We walked out without saying a word.

As we walked through the waiting area, there were the family. The two men who had been outside the residence and several women, including the woman who hadn’t spoken nor protested when two uniformed men scooped her baby from her and fled. Here they were, with no communication between us, they had instinctively known where we would have gone; it was the nearest emergency room. All of their eyes searched us for answers.

The woman began to cry. One man embraced her; the other thanked us in broken English. We began to step away, but I stopped. “Como se llama ella?” (What was her name?)