You may or may not know the name Dallas Barnes, but I assure you you’ve seen his work.

T.J. Hooker, Magnum PI, Hunter, Kojak, The Blue Knight, Police Story, Police Woman, Joe Forrester. Those are some of the shows for which Barnes has written. Spider-Man, Wonder Woman, and Barnaby Jones are others. And there are more. 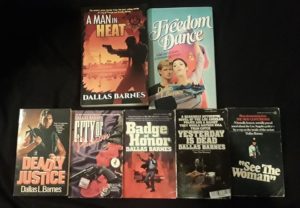 A Man in Heat

Dallas Barnes is no rookie.

Actually, his career began decades ago. He had served in the Marine Corps, had spent a couple of years as a cop in his hometown of Lewistown, Pennsylvania, and in 1968, Dallas joined the ranks of the Los Angeles Police Department. And as it turned out, Tinseltown is just where he was meant to be. 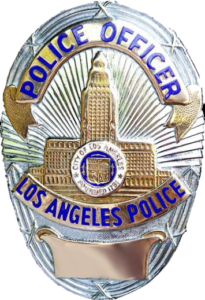 During his time with LAPD, Dallas Barnes started writing. After a stint working patrol in Southwest Division, he was drafted into a community relations job.

Although it didn’t offer the excitement of the streets, he embraced the new challenges, one of which included preparing press releases. He enjoyed doing it and discovered he had a talent for writing.

About this time, another Pennsylvanian Marine-turned-LAPD officer, Joseph Wambaugh (there must be something to that combination), published his first book, The New Centurions. 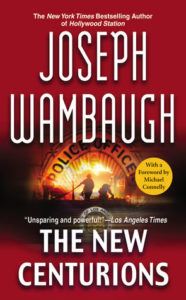 It hit the bookstores in January of 1971 and made the New York Times Best Seller list in February of that year, remaining on it for thirty-two weeks. Publishers couldn’t ignore the public’s appetite for the edgy, sometimes dark, authentic crime fiction that had been written by someone who had actually worn the badge.

Wambaugh would go on to write nearly two dozen novels, many of which were made into feature films or TV movies. 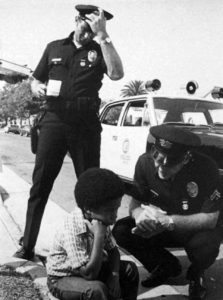 Meanwhile, Jack Webb’s television series Adam-12 had become wildly popular. Dallas approached an LAPD officer who worked as a technical advisor for the show and asked if he could get someone to take a look at his manuscript.

It was Dallas’s first novel, See the Woman, and it turned out that Webb’s staff liked the story. They optioned it for film and the book was purchased by New American Libraries, who contracted him to write two more. He was paid $7,400 for See the Woman, which was more than he could make in six months with LAPD at that time.

By now, Dallas had gone from the community relations gig to the narcotics bureau, then to division detectives where he worked robberies and assaults, and finally to the homicide table at Southwest Division. In whatever spare time he could find, Dallas continued writing his novels and scripts for television shows. But there isn’t much spare time for homicide cops in L.A.

One year on Thanksgiving Day, as the Barnes home brimmed with holiday joy, Dallas’s pager interrupted dinner. There had been a murder. 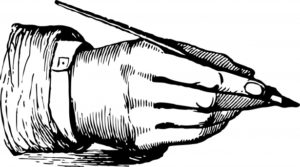 Dallas and his wife had already begun questioning why he remained a cop, given the success he was having as a writer. “It’s at that mid part of a cop’s career when you question what you’re doing there,” Dallas said of the possibilities he and his wife had discussed. He’d been a cop in the east and the west, and he had worked patrol, dope, robberies, and homicide. “What was exciting now?” he asked himself. His answer was simple: “Writing. Writing was exciting now.”

He had also noticed a change in his relationships at work. Dallas was the only one at Southwest Division who drove a new Corvette, had a big motorhome, and who didn’t have to worry about how to pay the bills or have to budget for back-to-school shopping for his five kids. He was no longer carrying the same concerns as his fellow officers, and that seemed to have caused a divide.

“At first, it had been all smiles and pats on the back. But eventually, it became, ‘Oh, you have another episode out, sure, we’ll watch it for you.’” He was no longer one of them, and that played an important part in his decision to hang up the badge and gun. 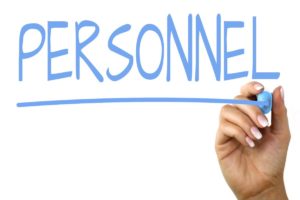 Without any fanfare, Dallas walked into Personnel, turned in his badge, and told them he wouldn’t be in tomorrow.

His captain called him shortly after. “Okay, I understand this, but I want you to really give it some thought. We’re going to put you on vacation time, and we’re going to let that run out, and we’ll talk when that’s over. And I think you should come back.”

Dallas knew Joseph Wambaugh through LAPD, having seen him occasionally downtown while both were on duty. They had greeted one another but that had been the extent of it. “He was a major leaguer compared to me,” Dallas said of the renowned author. “Nobody was inviting me to come onto The Tonight Show.”

“He had already blazed the trail,” Dallas said of Wambaugh, who had already resolved his dilemma about whether or not to ride it out till retirement. Dallas called his former colleague and asked his opinion. Of course, Wambaugh had not regretted his decision at all.

When asked if Joseph Wambaugh had been an influence on Dallas, he said, “You know, we never talked about the craft, or who we were working for, but he was certainly an influence on me as far as suggesting that it could be a path that would work for me.”

“Before Joe,” Dallas continued, “it was somebody in Miami sitting down to write a fictionalized story about cops or PI’s.” Now, he says, you’ve got a real edge if you’ve been a cop, and that’s what worked for him in television.

I learned about Dallas through Bud Johnson, a retired cop and prolific reader who had discovered my novels and is now a good friend.

I first read Dallas’s A Man in Heat two years ago when it was newly released, and I liked it so much, I searched for his older novels. Another friend sent me Yesterday is Dead, a book that reads like a Police Story episode and ends entirely too soon.

Something I wondered about after reading Dallas’s terrific novels, and given his great success in the entertainment industry: “Why isn’t your name as well known as Wambaugh’s?”

His answer was simple: “He was first.” He considered for a moment and added, “And he writes great stuff.”

A Few Words from the Trailblazer

And what did the pioneer of cops-turned-author himself have to say about it?

I reached out to Joseph Wambaugh and asked for a word about Dallas. This is what he said: “In more than four decades Dallas Barnes has immeasurably enriched the library of American cop/crime literature with his life experience and great talent.”

Of course, they both have.

The great news is that we will no longer have to haunt used book stores or search obscure websites to find early Dallas Barnes novels. He has entered into an agreement with Wolfpack Publishing to republish his older works. Currently, you can pick up A Man in Heat and Naked Justice on Amazon.

In the very near future, a collection of five early novels will be available through Wolfpack Publishing: See the Woman, Badge of Honor, Yesterday is Dead, Naked Justice, and City of Passion.

The box set is entitled City on Fire, and I, for one, cannot wait to feel the heat.