LAPD Officer Gunned Down at a Taco Stand 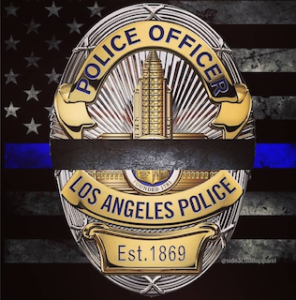 First and foremost, let me offer my sincerest condolences to the family and friends of Officer Juan Jose Diaz, and to all of my brothers and sisters in blue. LAPD Officer Diaz was killed over the weekend in northeastern Los Angeles.

The off-duty officer was shot and killed as he and his girlfriend—and possibly her brothers, depending on the news source—were either ordering food at the taco stand and were confronted by the suspects, or when the officer confronted the suspects who were tagging a business. Again, reports vary—especially at the time of this writing, just hours after the incident—and I am unable to confirm the information.

The murder occurred in LAPD’s Hollenbeck Division, which is bordered by the sheriff’s East Los Angeles station jurisdiction. The region is predominately Hispanic, and gang-infested. The off-duty officer, too, was Hispanic.

According to Early Reports

The suspects claimed their gang, saying they were from the Avenues, and that the area was their turf.

Their turf. Let that sink in for a while as we consider the absurdity of open borders.

One report says the suspect lifted his shirt and showed the off-duty officer that he was armed with a pistol. I haven’t read whether or not the victim was armed, though I can’t imagine any cop in L.A. being without his firearm while off duty in a gang-infested neighborhood, especially at night.

If he was armed, I question—hypothetically, not to Monday morning quarterback the officer’s actions—why he might have chosen to retreat to his car, rather than engaging the suspect. Maybe it was because he feared more of them were armed, and he believed it was a confrontation he wouldn’t win. Maybe he feared for the safety of his companions and hoped to retreat without any further incident. But it was as he retreated that he was gunned down, according to reports.

In years past, retreating was not something many cops would consider in that type of situation. Most knew that predators are empowered when their prey backs down. It is only when they are met with greater force, will they, themselves, retreat or surrender.

Colonel John Dean “Jeff” Cooper (USMC) was once asked—by a “bleeding-heart type” (his words)—whether he agreed that violence only begets violence. Cooper told the man that it was his earnest endeavor to see that it does. He said, “I would like very much to ensure—and in some cases I have—that any man who offers violence to his fellow citizen, begets a whole lot more in return than he can enjoy.”

Cooper also once said: “Remember the first rule of gunfighting . . . Have a gun.”

The Point of the Story

It seems many cops are now hesitant to use force against aggressors. That is a troubling trend for law enforcement, and it should be an even greater concern for the rest of society.

I blame the political climate. Inaction by police is the result of a precedent set by coward politicians’ responses to agitators who can be found in every major city in our country, and whose agendas are propagated by most cable news channels. It started in Ferguson, Missouri—via Washington D.C.—and then spread throughout the nation.

Most of us have seen the cases where cops have retreated as hecklers pursue them with buckets of water. Not only is this disgraceful, but it is a deadly precedent. What happens when the bucket is filled with acid? Or when it’s one of ANTIFA’s concrete cocktails? What happens when one of these aggressors decides to pull a gun on the retreating cop instead? When have cops EVER been trained to turn their backs on people in the street who are behaving aggressively toward them?

Some might say it’s just water. Besides the fact that it is disrespectful, it is also an assault. More importantly, it is a sign that police are no longer symbols of authority. What would happen if students began doing this to their school deans, or even to teachers? What about judges? At what point does our society collapse into third-world status from the lawlessness we now seem to tolerate? Politicians are making it more difficult to incarcerate criminals while releasing others from prison without their sentences having been served.

How it Should be Handled

Aggression toward cops should be met with unequivocal use of force. It must be made clear that cops are not to be considered targets. And when the complaints are filed and the lawsuits begin, the administrators need to back their officers and stand up to the loudmouthed activists and politicians—which, in today’s world, are often one and the same. That is the only way to stop this slippery slope on which we find ourselves.

And when a gangster shows you a gun, you needn’t question his intent: he will kill you and eat a taco on his way home while you bleed out on the pavement. Unless you beat him to the punch.

“The only acceptable response to the threat of lethal violence is immediate and savage counterattack. If you resist, you just may get killed. If you don’t resist, you almost certainly will get killed. It is a tough choice, but there is only one right answer.” – Colonel Jeff Cooper