Every cop has heard this phrase. In my old stomping grounds, these words were generally spoken sheepishly, usually after a deputy had made an unworthy bust. For instance, a misdemeanor warrant arrest, or something the chippies could have handled, like a drunk driver.

One night at Firestone

While I was booking an arrestee one night, a colleague came in with a uniformed security guard in custody.

“What’d you get?” I asked, puzzled at seeing a man in uniform wearing cuffs.

“A gun,” the deputy said, averting his eyes.

“You arrested a security guard for having a gun?” I scoffed.

“He doesn’t have a permit.”

Of course, he probably wasn’t even here in our country legally. How would he have obtained a state license to carry a firearm? 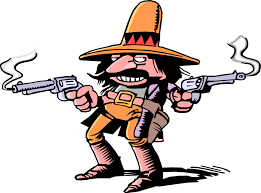 But he worked at arguably the most dangerous club in Firestone’s district, a place where our friends from south of the border still believed in resolving problems by yanking chrome-plated pistols and firing at one another across a bar or pool table. Who would work there unarmed?

The deputy defended his actions. Gun arrests were high on the chain of quality hooks—especially if the arrestee was a gangster, a drug dealer, or a killer of men.

The State of Lawlessness

It is true that California state law dictates that security guards need to have permits and licenses and training, et cetera, but let’s just be honest: there are places in L.A. that are not really part of America. There are regions where—like foreign embassies—our laws just don’t apply.

In Firestone’s district, there were scores of unlicensed vendors at any given time, people selling oranges at the major intersections, others barbecuing corn on the cob and selling it from carts on various corners. These people had no health permits nor retail licenses nor means by which the state could collect sales tax.

Parts of South L.A. feel like you’re driving through Tijuana. 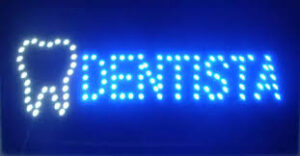 There were medical clinics, “Dentistas” (it kills me that the illegals can’t figure out that “Dentist” means “Dentista,” yet I could figure out the reverse) that were not regulated by any medical board nor licensed nor insured.

In the south end, entrepreneurs washed your windows at red lights and pumped your gas, if they didn’t make you for the fuzz or you didn’t point your gun at them and tell them “No thanks.” (You’d point your gun at them because many were opportunists who, if given the chance, would take your car or wallet in exchange for their services.)

A great many drivers were unlicensed and carried no insurance. On a slow night, you might cite one of them and have their car impounded, if their attitude demanded adjustment. Otherwise, they were free to live the American dream unimpeded, so long as they didn’t plow through a medium-sized family in a crosswalk or bounce off a dozen parked cars on their way to the next watering hole. (I’ve witnessed both.)

About that Watering Hole

There was a place on Florence Avenue called Bahia de Noche (name changed to protect the guilty and also to avoid a lawsuit), for instance, where you would think you’d gone back in time to the wild, wild west. 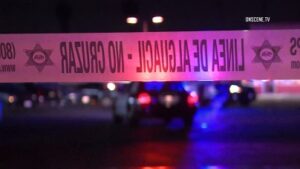 One night, two men exchanged gunfire over a pool table. The patrons held their ground watching with only mild interest as both pistoleros fell dead on the floor. There were fistfights and stabbings and cocaine sales in plain view. Of course the minimum-wage security guard carried a gun!

But a stat’s a stat, especially a gun arrest stat, right?

Not so fast, Wyatt Earp.

That man—a dreamer, no doubt—was earning a (semi) honest wage, in a profession that—in his culture, especially—was an honorable one. He was likely feeding a family of six or more while sharing a small rental with another family, or at least offshoots of his own.

Give the man a break!

But a Stat’s a Stat

In the academy, we learned about the letter of the law versus the spirit of the law.

If you pulled over a vehicle because the driver exceeded the speed limit by five—or even ten—miles per hour, you didn’t necessarily cite them. 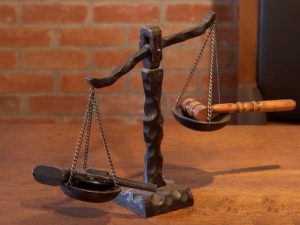 One night I stopped a vehicle for a minor traffic violation and the driver was drinking from an open container of alcohol. I soon discovered he also had a loaded firearm in his possession. The man worked at a local liquor store and had closed up that night, taking the payroll with him. Of course he had a gun, and no, he did not have a permit. The beer? Well, let’s just say that—in the greater scheme of things—I didn’t think it a big deal. “Have a good night, sir,” was all I said as I returned his driver’s license and registration. He dumped out his beer and carried on.

Sure, a stat’s a stat, but cops should embrace the spirit of the law as often as possible. That does more for public relations than making stupid videos of dancing cops.

Within months after I retired and moved to Idaho, I got a ticket for 43 in a 35—the first citation I had received in 25 years.

I found out the man was a reserve cop, someone who had spent less time in a radio car than I had accumulated sliding through intersections in a four-wheel locked skid rolling code three. Reserves don’t get paid to work—or go to court. So I fought the ticket just to see if he would show up. He did, of course, so I had to pay my fine.

Because a stat’s a stat.